Offered for the first time in 37 years, this 1927 Rolls-Royce Phantom 1 Salamanca De Ville has an impressive history and is one of the grandest designs produced by the marque in the late 1920s.

The car was sold new in 1927 to Hollywood heavyweight Joseph M Schenck. He had purchased the Rolls for his then wife, Norma Talmadge, one of the most popular US idols of the 1920s as a silent film actor and producer. A copy of the original sales receipt dated 14 May 1927 is included with the vehicle’s extensive records, confirming all original specifications and delivery details.

Although this Phantom was sold new in the US, it was not built in the US plant in Springfield, Massachusetts. Rather, the chassis and mechanicals were produced in the Derby factory in the UK, and the car was shipped to the US to have its body fitted by Brewster & Co – which by 1927 was a Rolls-Royce owned coach builder. This makes the car particularly unique, as the Brewster bodies were mostly fitted to the Springfield built cars. This would be one of very few Derby built Phantoms designated with a Brewster & Co body from new. Most notably, the British built vehicles had a longer wheel base than the US built cars, US being 146½ in (3721.1 mm) vs UK 150½ (3822.7 mm). The car’s body remains unmodified in its original design other than the addition of a second matching tail lamp (originally, only one lamp was fitted to the left side of the vehicle per US requirements). The tail lamps are the same as those fitted to the Pierce Arrow vehicles of the era. The car retains its original correct numbered engine (AA65) as noted in its order documentation held by the seller, and other than regular maintenance remains mechanically original.


After ownership by Talmadge and Schenck, the car remained in the Hollywood area and began a career of its own. It appeared prominently in three major films during 1964: "Bikini Beach Party", "Shock Treatment", and "Robin and the Seven Hoods". The car also featured in print throughout the 1960s and 70s. In particular, the car is featured in Raymond Lee’s 1969 book “Fit for the Chase: Cars and the Movies”, and “Cars of the Stars” published in 1974 by George Barris and Jack Scagnetti – both books celebrating prominent vehicles in the film industry. It also appeared in the May 1973 edition of "Playboy Magazine", a copy of which will accompany the vehicle in the sale. In May 1979, the car was sold at the Movie World Celebrity Car Auction. At the auction, the car was purchased by an Australian collector who exported it to Sydney, before selling the car to the current owner in 1982.

From 1982 and throughout the 1990s the car was mainly used at shows or for wedding events. However, the car again played a role in the 1987 Australian film “I’ve Come about the Suicide”, and appeared in a Toyota advertisement during the 1990s. In 2008, the car was prominently used in a scene of the “Australia” movie, standing in the aftermath of the Darwin bombing. The car then appeared in the 2013 film "The Great Gatsby", as Daisy Buchanan’s (Gatsby’s girlfriend’s) car. It would be difficult to find another Phantom with such a long and prominent film career as this example, with plenty of potential to build on its CV into the future.

The car was last repainted in 1990 with the upper body finished in Shell Grey, a factory Rolls-Royce colour from the 1950s. This colour is close to the colour of the car in much of its film work in the 1960s. The original order/specification sheet does not specify what colour the car was originally painted. However, the current owner notes there was evidence of black paint under the existing silver paint when the 1990 paint job was being completed. The vinyl roof on the car is still in good condition, and was refurbished whilst the car was in the US (possibly as early as the 1960s).

The front bench seat was reupholstered in black leather in 1990 when the paint was done, and prior to that was trimmed in a beige leather (which can be seen in its 1960s film roles”). Inside the rear cabin, the timber work is in good condition, and the beige cloth trim is presentable.

Mechanically, the car runs and drives well. It has always been well serviced, with the current owner being a mechanic and Rolls-Royce enthusiast.

Included in the sale is a copy of the car’s original order sheet and extensive documentation collected over the years by the seller. Also included are the car’s Californian registration plates (9V 89), and the New York plates (856) which were fitted for the Great Gatsby film.

For more information or to arrange an inspection please contact the seller, Peter, by signing in and clicking the contact author button at the top of this page to reveal the telephone number. 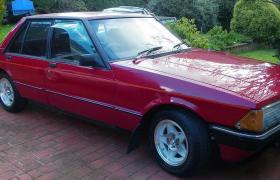 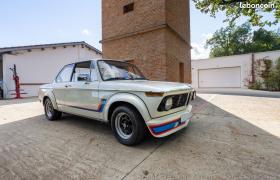 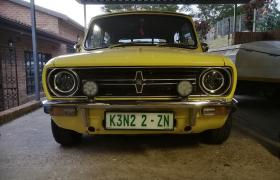 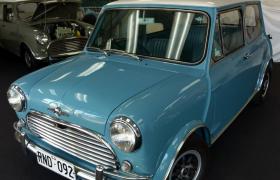