This 1974 Alfa Romeo Montreal is an Australian delivered car, and one of the most unusual and increasingly desirable Alfas of the era. The car is located in Sydney and is offered for sale after 10 years of ownership by a serious Montreal enthusiast.

The Montreal has become the centre of attention in some parts of the classic car world, and over the last 10 to 15 years it feels like there has been an endless run of articles establishing it as the “forgotten Italian supercar”. It wasn’t until quite recently that values really started to spike, and the discussion became a self-fulfilling prophecy. A Bertone Masterpiece with a quad-cam V8 engine, the car was always a recipe for success, and now prices around the world are beginning to reflect this. Jay Leno only just completed an episode on the Montreal in April 2020 – check out the link at the base of this article.


Despite low production numbers these cars have an enormous following around the world, and are popular enough to a have a dedicated website providing unbelievable detail on technical specifications – alfamontreal.info. If you want to know a thing or two about the cars, we strongly suggest taking a look at that excellent resource which would prove invaluable if undertaking an original restoration, or simply to gain a better understanding of the cars and their features.

What drew us to this particular car was firstly that it is factory right hand drive (there were only 180 of those), and secondly that it is a documented Australian delivered example (there were fewer than 100 of those). While there’s nothing wrong with bringing in a car from overseas, it is special when such a rare car was delivered here new - particularly considering how small that batch of deliveries was. These factors will continue to support demand for this sort of vehicle in the Australian market going forward.

This particular car is finished in gold metallic, with beige velour trim (both of which were the vehicle’s factory original specifications). Both the paint and trim in this example have been refurbished by the seller in the past decade. On our inspection, the paint and seat trim present very well, and could be enjoyed by the successful purchaser for many years to come. We looked closely at the car’s sills and undercarriage, but could not see any evidence of rust. The floors under the carpets in the foot wells and in the trunk all appear solid. 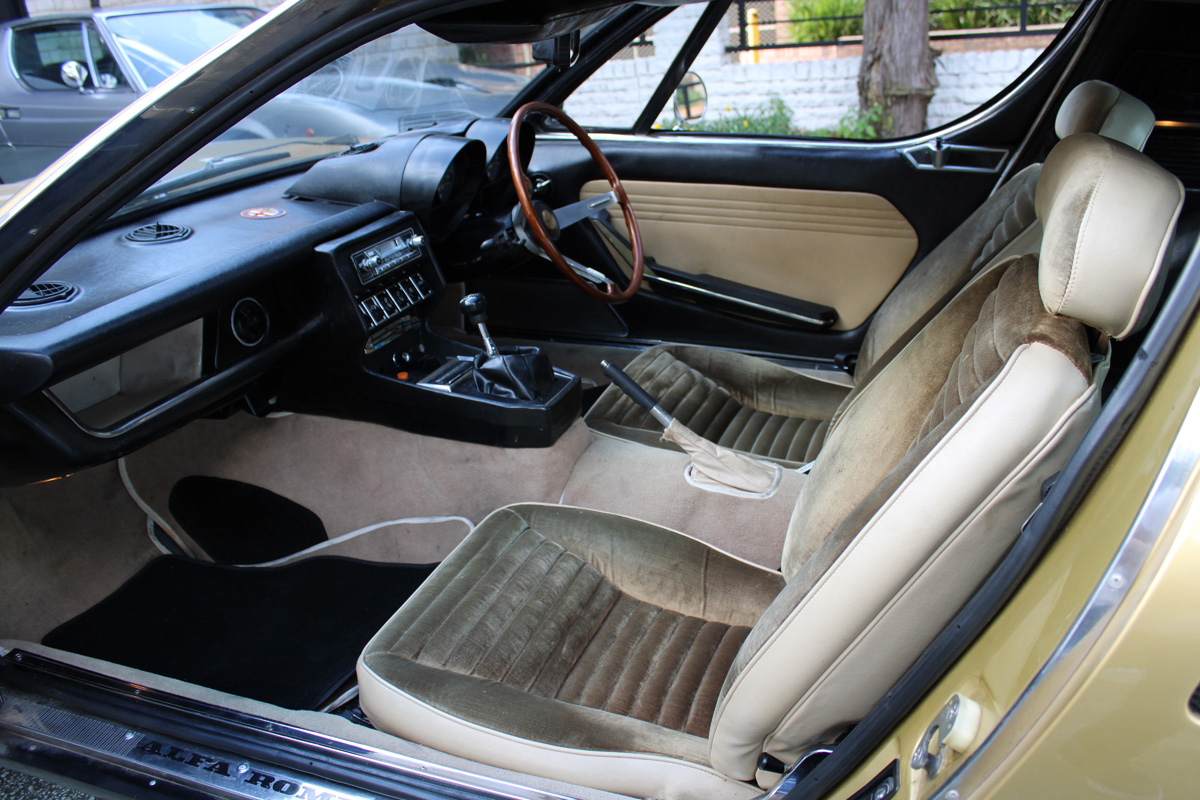 in addition to the paint and seat trim refurbishment the seller has maintained the car mechanically to a high standard during his 10 years of ownership, and the engine sounds excellent both at idle and when opened up on the road. The Spica mechanical fuel injection system appears to be working well. The seller is a long time Montreal enthusiast who has owned many of these cars over the years, knows their unique quirks and how they should be properly cared for. He has always referred any significant work to his Alfa specialist mechanics. The car comes with its full history, some literature, and even the NSW plate number as was issued to the car in 1974 (PKE.169).

This particular car (chassis number 1440285), was factory optioned with air conditioning. We note the seller has removed the air conditioning compressor and accessories. However, all of those parts have been retained and come with the car should the next purchaser wish to reinstall and bring the car back to its original specification.

As shown in the video, accessories including the original period radio and the electric windows all still work well, as do all dashboard accessories. The dashboard itself was refurbished by the “Dashboard Doctor” in Victoria, so there are no cracks evident on the main dash pad areas. Some attention is needed to the dash accessory surrounds (some cracks have formed as shown in the images), but this doesn’t affect functionality in any way. The cream carpets have been replaced at some stage and present well, contrasting nicely with the beige velour trim.

As demand for these rare supercars increases around the world, this car presents an outstanding opportunity to obtain a rare right hand drive Australian delivered Montreal. For further information or to arrange an inspection, please contact Steven by signing in and clicking the contact seller button at the top of this page.

Looking to sell your interesting classic? List your vehicle free on classicregister.com. 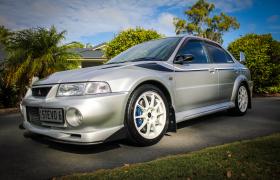 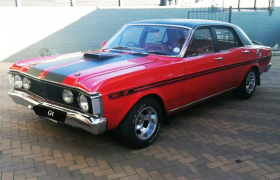 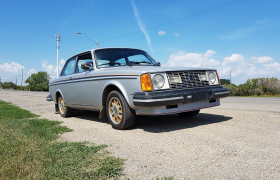