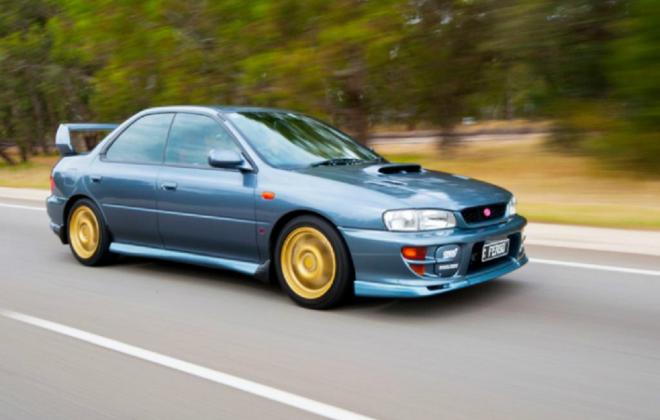 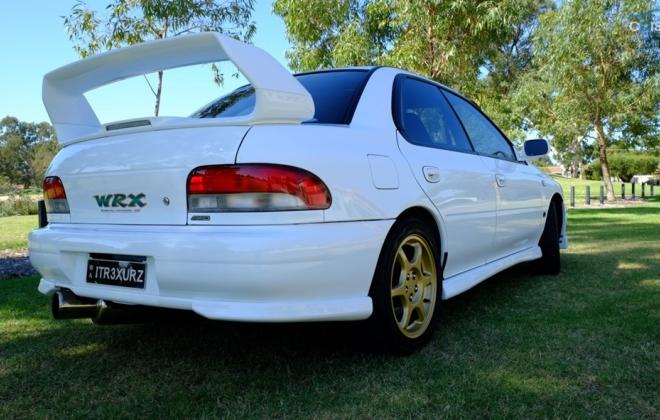 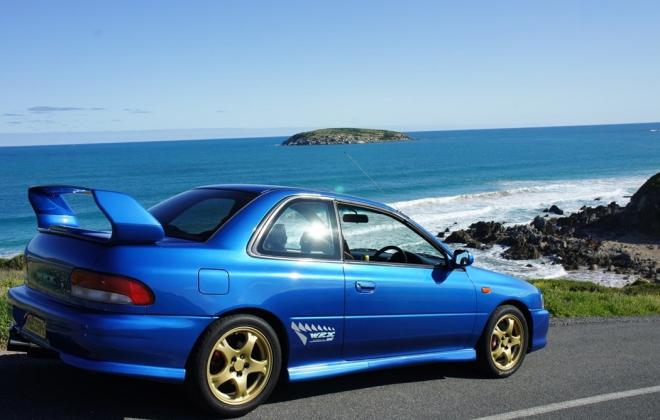 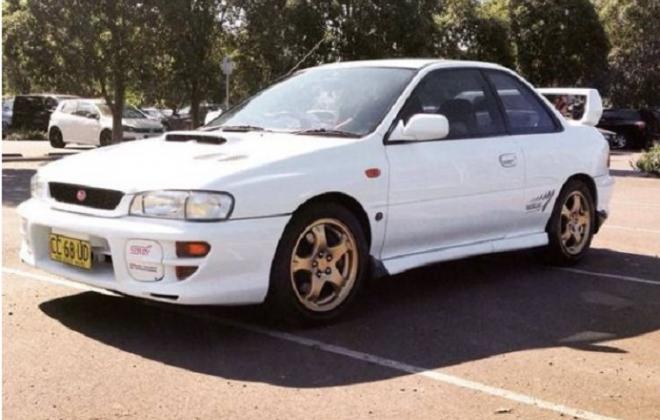 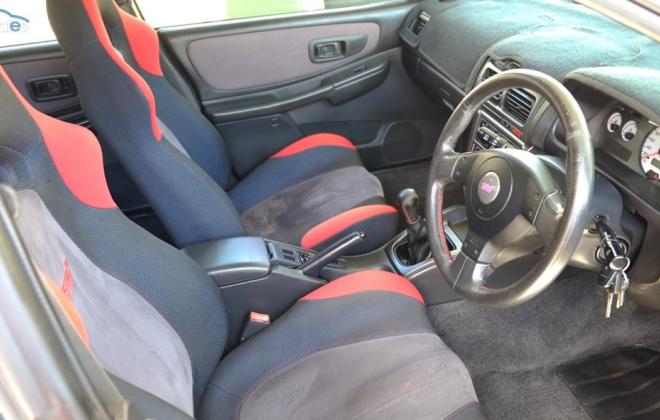 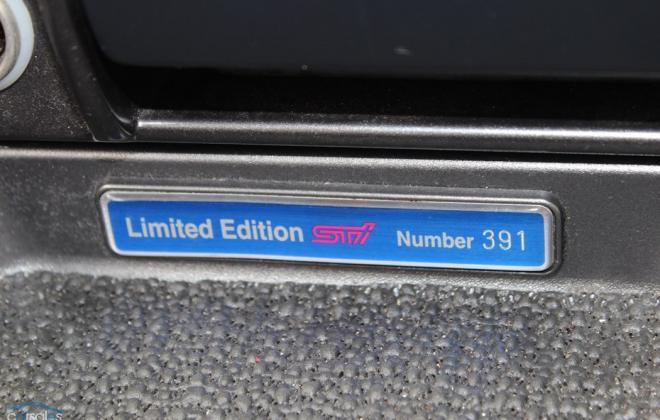 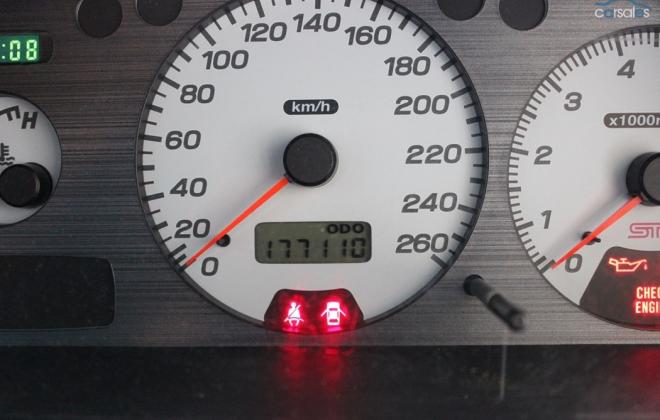 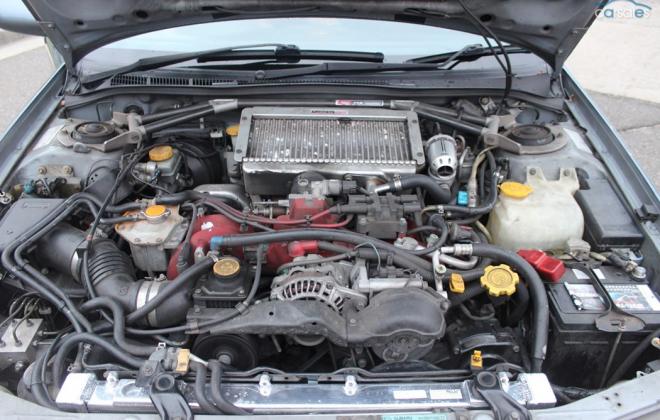 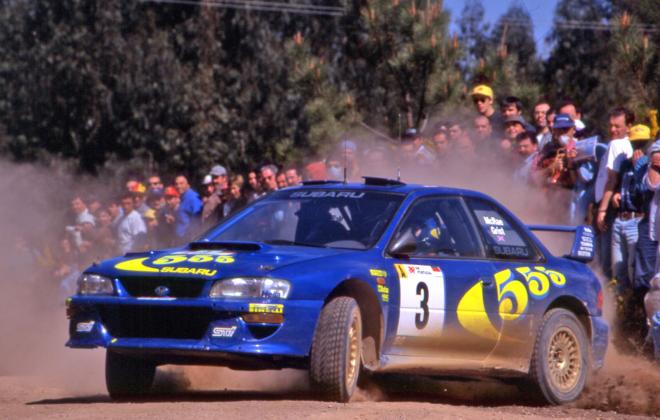 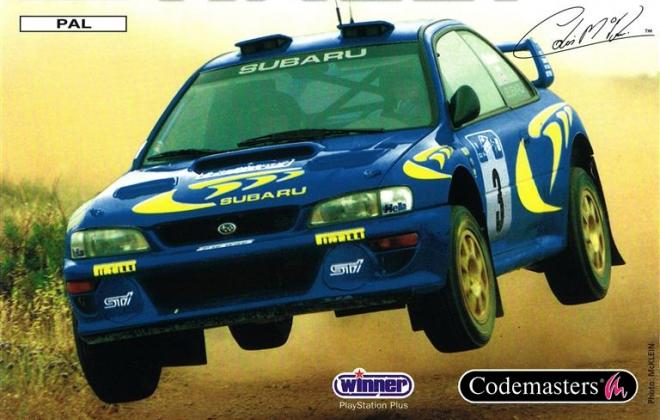 We now begin our first podium car, the Subaru WRX STI, which is separated by the slimmest of margins from its other future classic counterparts. We focus in particular on the Version 5 and Version 6 STI cars of the GC or ‘classic’ generation, as we believe these represent the rarest and highest specification cars within the affordable category, and are the most likely to become highly collectable in future. There are many versions of the WRX and WRX STi that could have been considered, however, the Version 5 and 6 cars have an edge over the others for reasons explained later in this article.

The classic shape WRX is internationally known for its rally success, and other than the Mitsubishi Lancer Evolution, there are few other 90s cars that hold such street credibility. Rare examples of the WRX STI classic are available at very reasonable prices today, and are perfect for consideration in this series of articles. The reason for our selection of the WRX in our top 10 list is outlined below.

The WRX STI deserves to be in the top 10, and on the podium as a future classic car for a broad variety of reasons, most of which car enthusiasts are well aware of. It is the ultimate driver’s car, with little attention to luxury and aesthetics, but all attention to performance, aggression and handling. The cars engineering in this regard made it an extremely successful rally car around the world. The success on the rally track and performance of the road car made it a favourite for street tuners, and of course, the car constantly featured in motorsport, car games and films throughout the 90s era and beyond, establishing a strong cult status and following that continues to grow today. The availability of special edition or limited production versions of the car such as the Version 6 STI also position the car well to become a valuable future classic car, similar to the way the Mini Cooper S achieved its current status.

As Subaru’s rally team searched for an alternative to the larger Legacy / Liberty model in rallying, many advanced engineering elements were combined into a smaller package which became the WRX. The 2.0 boxer engine provided a very low centre of gravity when compared to its competitors, and combined with a four wheel drive system, made this car one of the greatest drivers production sedans in the world. This combination of mechanical features was a breakthrough in performance engineering, and success with this formula in rally soon followed. The GC WRX also introduced active differentials into the rallying world, a feature which all rally cars soon adopted once they recognised the advantages.

Above the combination of these engineering advancements are the raw performance statistics of the WRX STI. The Version 5 and 6 STI cars will launch from 0 – 100 in 4.9 seconds, making them faster than any other STI production car to date other than the 22B coupe. This is largely due to subsequent models having put on a lot of weight. The 2.0L engine produces an impressive 206kw, and is known as the ‘Phase 2’ engine, which is widely renowned among enthusiasts as the best engine the STI’s came with, particularly in terms of durability.

The performance of these cars both in power statistics and handling capabilities will continue to attract interest, and considering the Version 5 and 6 STI are still so dominant in terms of their performance specifications, expect these particular versions of the WRX to demand the most premium prices in future.

Subaru already had extensive experience in the rally stage with its larger Legacy / Liberty models throughout the late 80s and into the early 90s. The Legacy / Liberty also brought with it four wheel drive, but Subaru wanted a package more nimble around the track than a medium sized family sedan. The introduction of the GC impresa provided the perfect opportunity, and the combination of the four wheel drive system and boxer engine in such a small sedan proved highly competitive in early testing, and extremely successful in competition.

Like the Celica, the WRX started off as a Group A car. Therefore, we think there is more of a genuine link between the STI road car, and the rally car itself as opposed to the rally cars of today which have very little in common with their road going counterparts. The STI Versions are effectively the group A rally versions of the WRX, or as close as you will get to the rally car, which is an important aspect of a collector cars desirability. Like the Celica and Lancer Evolution, the WRX has a very impressive rally career, and some of the highlights have been summarised below:

The above statistics demonstrate that the WRX dominated the world rally championship as a manufacturer between 1995 – 1997, as well as achieving a diver’s championship with the famous Colin McCrae. These are very significant achievements for the car and the brand, and have cemented Subaru’s reputation in the rallying world, which will assist the WRX’s collector status well into the future.

The GC WRX is one of those cars that everyone knows, even if the car was not sold in their country. Not only did the rally success and amazing performance help this reputation, but it was also furthered by the cars pop culture appearances. The WRX prominently appears in films such as the Fast and Furious series, rallying and racing video games (such as Colin McRae Rally), and generally has a huge level of street credit amongst the younger generations.

The WRX was the car to have in the late 90’s, and this level of desirability combined with a generations association through various media can only be a good thing for the car’s value in future. There are already big clubs, forums and other social media pages dedicated to these cars, and we expect these to continue strong into the future.

As we have noted in previous articles, production numbers play a big role in the value of classics, and the reason for our focus on the STI version 5 and 6 cars in this article is for that exact reason. Although the WRX itself is quite a common car, the STI versions of this series are not. In particular, the Versions 5 and 6 cars were imported to specific markets in very low numbers, and as the best performing STI out there, it should be no surprise that these are our favourite.

The Version 5 STI Coupe, for example, was sold in limited numbers to the UK, Australia and Japan.  Approximately 1000 were sold in the UK and 400 in Australia. The rest were dedicated to the Japanese markets, or exported in very limited numbers to other markets such as New Zealand. This makes them an extremely rare car. These models represent the only WRX coupe that is affordable.  The 22B coupe (the special edition rally car), which is arguably the most collectible and the best performer, constantly demands prices well over $80,000USD, making the Version 5 coupe look like a bargain.

Like the Version 5 coupe, this version 5 and 6 sedan and wagon STI cars were also limited editions, issued in strict numbers to various markets. In Australia, the Version 6 was again one of 400, and each of those was badged accordingly with a number plaque positioned in front of the gear shifter on the dashboard.  This model is particularly distinguishable by the extremely large rallying rear spoiler, with a big WRX sticker on the boot.  Good cars can easily be obtained for under $20,000 AUD, with the majority currently seen between $14,000 – 17,000 AUD.  Many, however, tend to have high kilometres, and it would be well worth aiming for a low kilometre vehicle particularly considering these engines have likely been pushed to the limits by their multiple previous owners.

The great thing about the above versions of the STI is the phase 2 engine, making them the fastest STI’s to date (again, other than the 22B), travelling from 0 – 100 in under 5 seconds.  Other earlier STI’s also of course deserve attention, however, most of these were only available in the Japanese market, and performance is significantly down on the version 5 and 6 cars.

To be on the podium is an amazing achievement, and as we have mentioned earlier in this article, there is so little separating the top 3 cars in this list. The Subaru is so internationally renowned, and this is largely due to the work done by the GC model, which sparked what became a hugely successful franchise of sports cars which has lasted several generations, and will no doubt last many more to come. The only issue separating the Subaru from the Evo and GTR is public perception. When writing this article, It was difficult to split the hairs between these cars, and after reading across several forums and other future classic articles, it became evident that the Evo and GTR are only slightly ahead.

The WRX is a brand that will always hold a significant reputation amongst motoring enthusiasts, and we all know that the GC was the model that made it that way. The car is a rally and street legend, and will always remain so with the generations who grew up with it, and beyond.

If you’re looking at buying one, we encourage you to focus on the limited editions as outlined in this article. In particular, the version 5 coupe, due to how rare it is, will likely give you the greatest return in future, whilst prices may remain stable for some time around the 25,000AUD mark. If that Coupe is not what you want, then the best choice is the individually numbered Version 6 sedan.

With the most distinct engine sound of any modern sports car, the Subaru GC WRX STI will never be forgotten by car enthusiasts, and we should see value gains coming with these cars in the not too distant future.

I hope you have enjoyed this article, and found it informative. Classic Register now has a Vehicle ID page for the Version 6 STI cars - click here to view it. To see our other articles on our top ten classics, click here, or select the news menu at the top of the page.

I'm ranking 1994-1995 WRX STI the highest. That eventually is the closest thing for a car of magical year 1995 of both Colin McRae driver's championship and Subaru manufacturer championship. The only year of both, for Subaru. Haven't found a good one, it's a quite rare thing. Good condition, rally blue, 275 hp JDM version anyone?

Completely agree with your comments :-)

what were the production numbers for the 1999 SUBARU IMPREZA WRX STI GF8 version 5 in the JDM?

a couple of corrections...

wheels offset for the standard 16" wheels is et53.

the v5 sti coupe was never sold in australia, australia got a strange hybrid that looked like a v5 but had v4 sedan running gear - no dccd, abs instead.

Thanks for the information, I'll have the article (and ID-guide) updated, much appreciated!