This 2001 Dodge Viper RT/10 is one of only a handful privately imported to Australia, and has been converted to right hand drive by “Viper Performance” in Victoria. The current owner is the only Australian owner of the car, having brought the car over himself approximately 15 years ago. This example shows just under 74,000km on the odometer, and for several years of that ownership has been used as a daily drive. It runs very well, sounds amazing and has NSW registration until May 2021.

This example is finished in “Viper Race Yellow” (Code WYR), with aftermarket vinyl black stripes and black vinyl wrapped side skirts including custom “Viper RT/10” text. The body presents in excellent condition, and the car has been garaged all of its life. The wheels, which in original form had a chrome finish, have been treated with a more subtle matte black finish to complete the two tone look. An image of the car in its original form has also been included in the gallery. 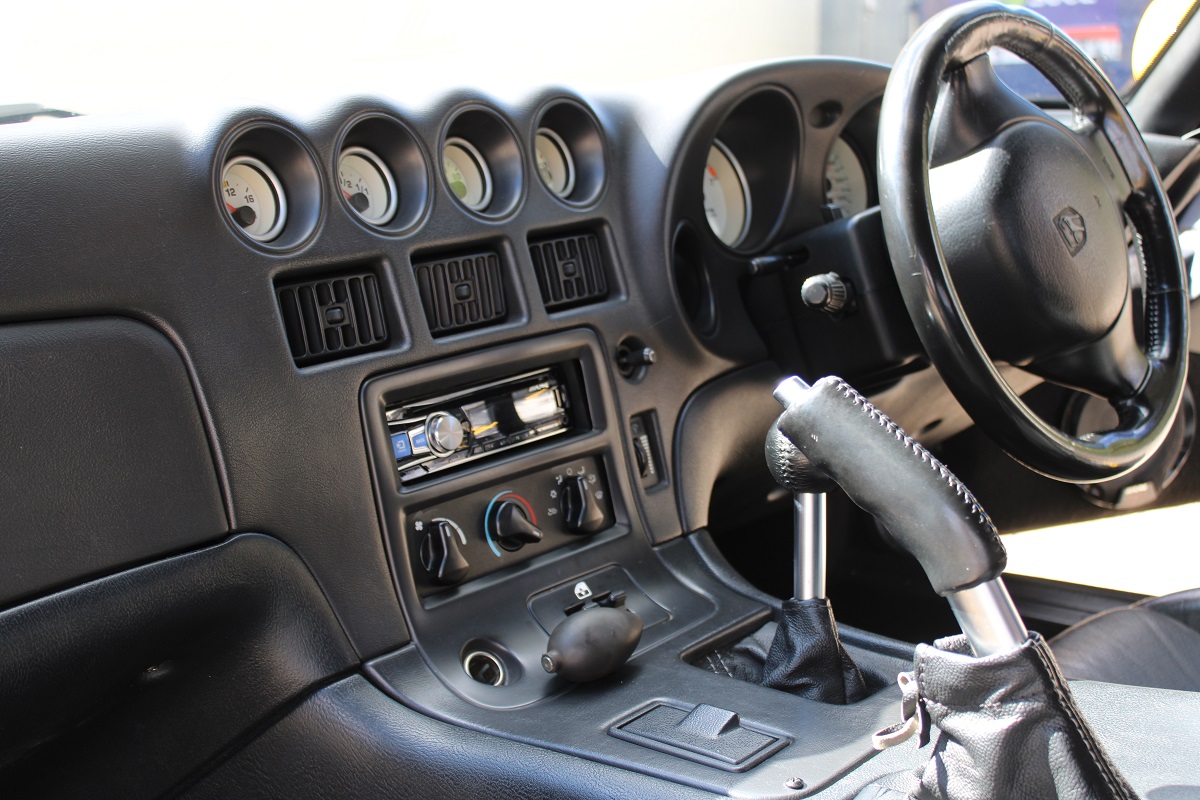 This example was the last of the “SR” series Vipers, known as the “SR II”, and there were only 840 RT/10s built in the 2001 year (the RT/10 being the roadster version of the Viper). The SR series in our view is the most iconic of all the Vipers. The design has elements of retro Shelby Cobra, blended with over-exaggerated 90s organic supercar, and of course it looks a bit like the viper snake. Along with its excessively powerful V10 engine, it’s the styling that has made these cars such a cult classic. Whether or not you’re a car enthusiast, just about everyone knows what a Dodge Viper is, largely thanks to the SR series.

There were a number of changes to the exterior of this SR II model (as compared to the earlier “SR I”), but importantly the styling only changed in fairly subtle ways. Some of those changes included the relocation of the exhaust to the rear (rather than exiting through the side skirts), 5-spoke 18 inch wheels (replacing the 3-spokes), and changes to hood vents. 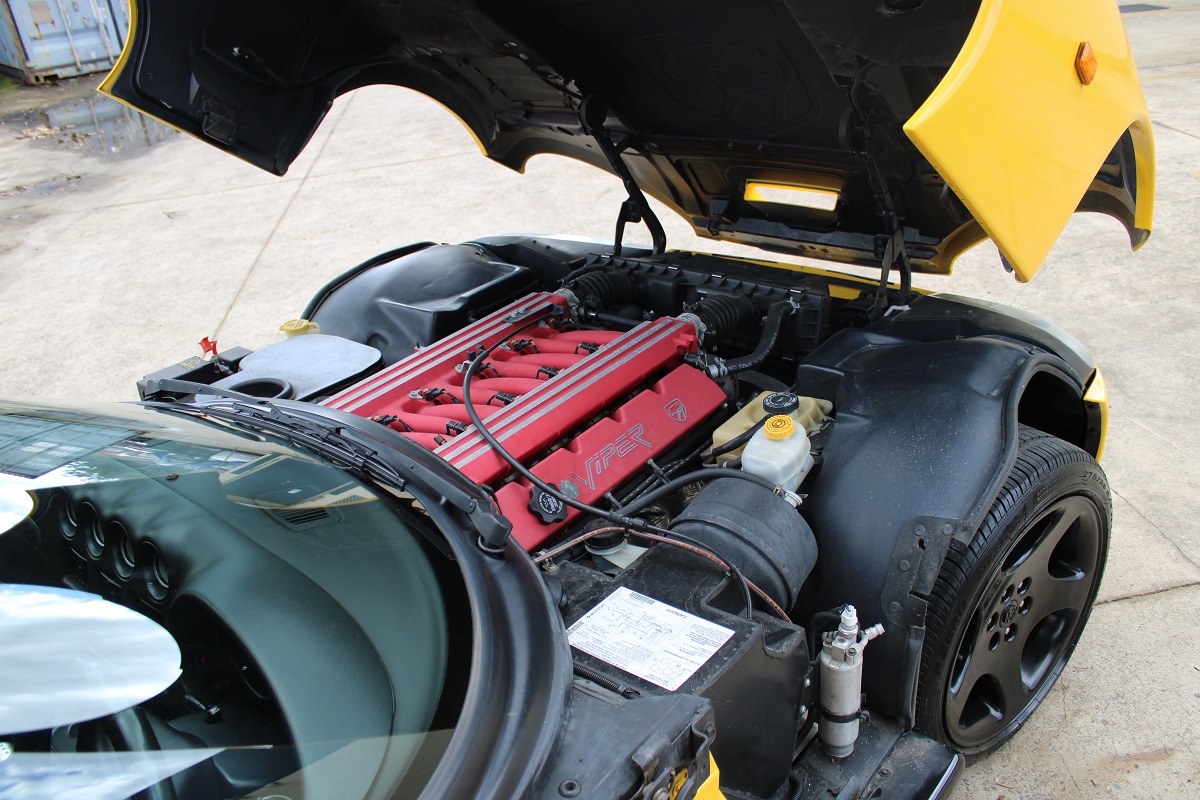 The SR II also benefited from several mechanical and comfort upgrades. Power in the RT/10s V10 engine was up to 450hp, and a number of weight saving and chassis strengthening changes and refinements had also been made. 2001 vehicles also received anti-lock brakes. Inside, Twin airbags, electric windows and air conditioning were available on the SR II, and are all fitted to this example. These practical evolutions make this version of the Viper a much easier car to live with than earlier models, but retain that original Viper look.

These are very hard to come by outside of the US market, and there is quite some expense in having the cars converted to right hand drive – just follow this Viper Performance link to give you an idea. There are several other Vipers available in Australia at the time of listing, but all are later series ZB cars. From what we can see, this is the only SR Viper currently for sale.

For further information, history or documentation on this vehicle, please sign up or login to contact the long-time owner and seller, David. 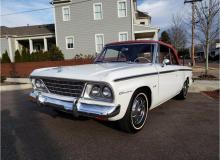 Another for the register, this one was spotted fot sale no classiccars.com, and advertised through artandspeed.com. The seller noted the following comments about the car at the time it was advertised; verything remains in great condition. Runs and drives smooth, with all of the gauges working as they should. The convertible top goes up and down with ease. The windows operate smoothly as expected. Turn the key and you will hear a nice rumble from the Power Thrust 259 V8. Driving with the automatic transmission makes this one a breeze to take for a cruise. 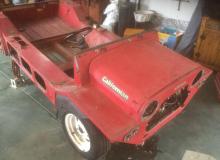 Up for sale is a well looked after example of the 124 series cabriolet, with only 111,000 miles on the clock from new. With the exception of the AMG models, this is the highest specification cabriolet model sold in the 124 series. These cars are becoming very collectable globally, with less than 4,000 sold in the US market for the 1995 year.

This particular car is located in South Carolina, and the current owner has fitted new brakes, battery and has recently re-covered the fronts seats. The car retains its original Smoke Silver paint, mushroom leather interior trim and has its factory chocolate soft top which is in excellent condition.

As you’d expect for a 124 Mercedes, everything still works well. The car has power everything, including the chocolate soft top, power antenna and satellite radio. The chromed 16 inch wheels were a factory option and look fantastic on the cabriolet. This car is a must-see for the classic Mercedes enthusiast, and represents the end of an era in Mercedes over-engineering.

Please login to contact the seller, Paul, to arrange an inspection or discuss the vehicle. 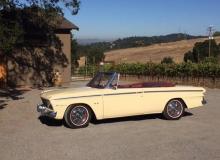 Its usually a while between discoveries - this the first 64 Daytona convertible that's come up in about 6 months or so, spotted on craigslist in Santa Rosa. The seller at the time noted it's fitted with the 259cu. 8 cylinder engine runs super strong loves cruising at 60mph. Floors solid, everything works except the convertible hydraulic pump needs rebuilding. A family car from NJ shipped to California in 2012 with 3,000 miles now reads 5,200. Since then complete new brakes (original soft shoes) transmission serviced new gaskets.

This is one of 374 units built by Rolls-Royce between 2000 and 2002, and is the very last of the hand built Rolls-Royce Corniche vehicles. At the time this car was built, it's very difficult to find anything that rivalled the opulent luxury and style

This particular car is located in Las Vegas, Nevada, and has very low mileage as you would expect of such a unique and collectible vehicle. The car retains its original and immaculate Sunrise Pearl paint matched with perfect Beige Connolly leather trim. It has been regularly serviced, and is in immaculate mechanical condition ready for the next Rolls Royce enthusiast to enjoy.

With the low production numbers, attention to detail and unrivalled (timeless) style, the Corniche of this era was always an instant classic. Prices are starting to reflect the special status of this Rolls, and if you have the means for this sort of vehicle as a collector, it should be on your list. 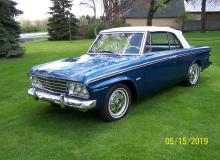 A fresh rostisserie restorationcompleted on this numbers matching 64 Lark convertible. Strato blue with blue bucket seat interior, with vanity. Column shifted flightomatic power steering, manual drum brakes, 373 twin traction rear end, 259 V8, 2 barrel single exhaust. These are an exceptionally rare car these days, and it's great to see another on the register, restored. Check out the others on the register below. 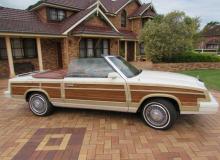 Spotted on Ebay Australia in May 2019 - must be the only Chrysler LeBaron Town and Country Convertible in Australia, or at most one of a handful, given there were only around 1,100 built. This example is in excellent condition, has air conditioning, power steering and power windows, upholstery and interior show almost no wear. Power top still works. This is something a little different which you don't ever see down under.. An interesting collector car if you're into 80s American vehicles. I think this is the first one on Classicregister.com! 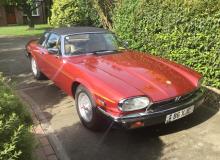 My car was originally LHD but was factory converted to RHD as the US market did not want the 3.6ltr  6 cylinder manual variant.  There are visual signs of this where the front indicators are the larger type + a blanking plate on the passenger door where the wing mirror controls used to be.  The colour has since changed in 2009 from Cranbury (CEE) to a slightly redder finish.  In the U.K. there are only about 275 left of this variant according to cars that are taxed or on sorn. 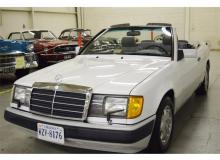 A clean and original example of the 300CE Cabriolet - an appreciating classic. This one was advertised in April 2019 asking $17,000 USD. Looks well worn but qute original - a few items of the trim and hood could do with a tidy up. Looks to be finished in Arctic White. If you have one, add yours to the register here :)