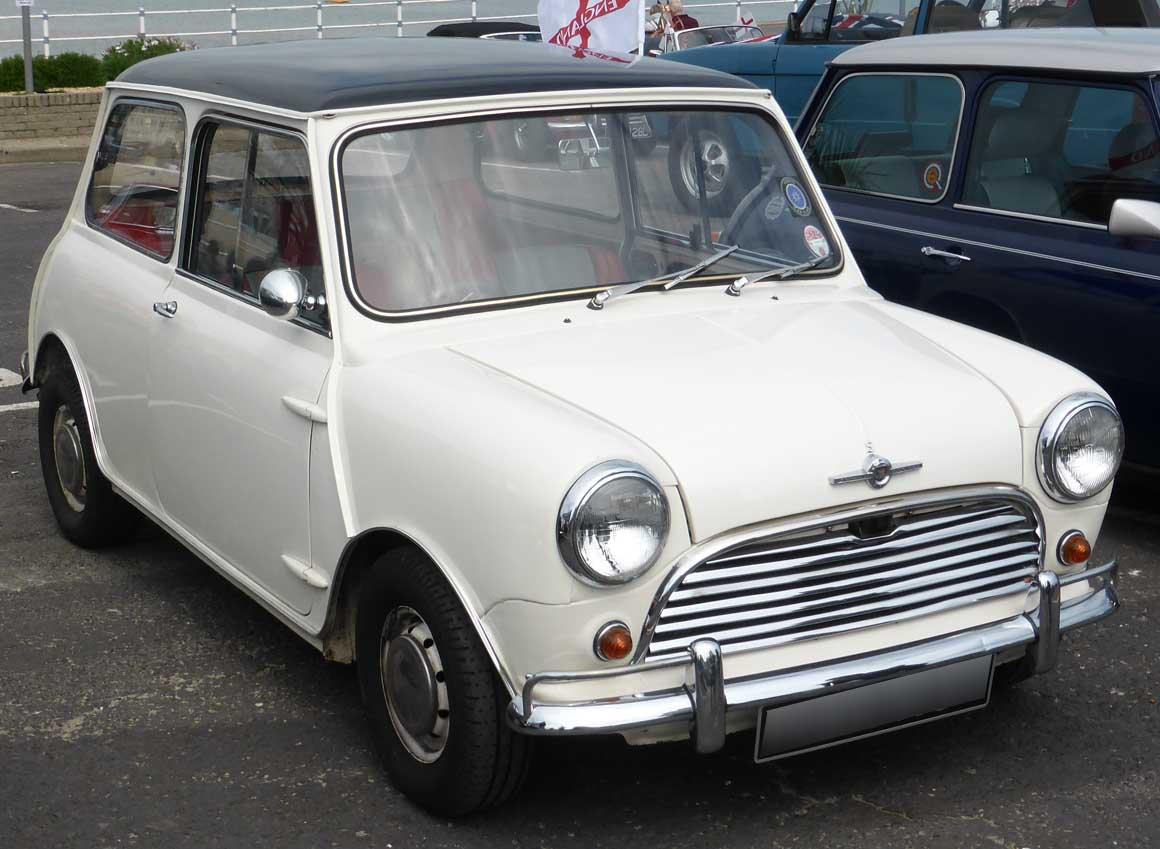 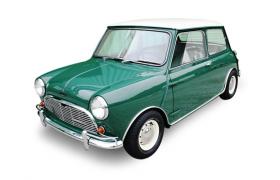 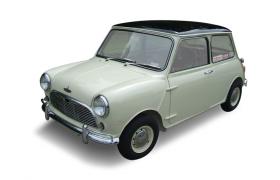 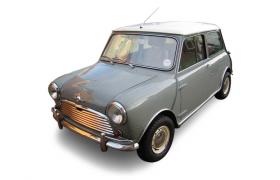 This identification guide has been written specifically for the MK1 Morris Cooper S 1071cc, produced between 1963 and 1964. For the Austin 1071 MK1 Cooper S, click here.

The 1071cc MK1 Cooper S was the First Cooper S produced by BMC, and the first of the minis to succeed at the Monte Carlo Rally. Like all versions of the original Mini Cooper S, the 1071cc is a highly desirable car, which has seen huge value increases in recent times. The 1071cc Cooper S was produced in the UK, and exported to markets including South Africa, Rhodesia (Zimbabwe), Ireland, New Zealand, Belgium, and Chile. The 1071cc car was however not exported to Australia, which only received the 1275cc MK1 and 2 Morris Cooper S from CKD kits from 1965 onward.

Given the value difference between standard Minis and the Cooper S, it is important that a buyer understands the unique features to look for to confirm they are purchasing a genuine car. This guide attempts to provide a detailed summary of the MK1 1071 Cooper S in this respect.

Several sources confirm that 4,030 MK1 1071 Cooper S cars were produced (This figure includes both Austin and Morris versions of the car).

The Mk1 Morris Cooper S 1071 had the following external features listed below. Many features can easily be replicated on a MK1 mini body, and therefore these features should be analysed in conjunction with the other criteria outlined in this guide.

The MK1 Austin Cooper S 1071cc had the following interior features, which should be present on an original car:

The MK1 1071 Cooper S was available in the following 7 colour combinations from the factory, as listed below. Like Coopers, the Cooper S came with a contrasting roof colour. An example of each of the colours / combinations has been provided in the attached images. Also attached is a table detailing the paint colour of the car, and its associated / matching interior provided from the factory, as well as an original colour chart.

Unfortunately, the MK1 Cooper S 1071 did not have its original paint code printed on any sticker or plate on the body. Unless you have early documentation, it can be difficult to confirm whether the paint colour on a Cooper S today is in fact the original designated colour. The best you can do is to confirm it complies with one of the above factory available colours.

Monotone cars were available by special order. For example, "Police White" was one of the most common orders, as was Black.

An Morris Cooper S 1071 should have a specific chassis prefix, followed by a unique chassis number for that particular car, as outlined below:

The chassis code and number are located on the small aluminium ID tag, which is secured with self-tapping screws to the top of the radiator cowling (between the radiator and inner mudguard). See images for a better description. Unlike the Australian models, this number was not stamped into the body, and the tag is the only reference available to confirm originality. Note that blank chassis plates are widely available, and can easily be stamped with any chassis number to replicate a Cooper S.

Cooper S models had an exclusive body number sequence identified by the beginning prefix letter “A”, followed by a 5 digit unique number. The body number was stamped on a metal plate, approximately 3 inches long, which was spot welded to the bonnet slam panel. See images for a better description of the location.

A Morris Cooper S 1071 should have an engine number in the following format:

The prefix and engine number on the 1071 are often confused with the Cooper engine numbers. The batch of numbers that was allocated to the 1071 engine were actually a reallocation of the 997 Cooper engine numbers. The researchers in the book “Original Mini Cooper and S” (see references) suggest many instances have been found where the 1071 Cooper S shares the same engine numbers as 997 Coopers of the same era. For the avoidance of doubt, you have to identify a Cooper S engine by its components, in addition to the numbers, as outlined further in the "mechanical features" section of this guide.

The engine number is embossed into a tag, found of the top front right hand side of the engine block (if you are facing the car), immediately in front of the cylinder head, and behind the alternator/generator. See images for a better description.

As with body tags, it is worth noting that blank engine tags are readily available and easily forged. Engine numbers should therefore be assessed in conjunction with other identification criteria, and not taken on face value. It is worth noting that an engine may be missing its tag, if it was reconditioned (the alloy tag can often dissolve of the block has been dipped or blasted.

Verification of a genuine Morris 1071 Cooper S can be further achieved through checking certain casting or stamping numbers on parts. Several examples are provided below.

The 1071 Cooper S should have gearbox casing casting number 22G190. These are the correct numbers for the type A and B remote gearbox. Synchromesh on this box was only available on gears 2 - 4.

The 1071 Cooper S should have a casting number on the cylinder head of AEG163. Some have noted that early motors have 12A185, noting that this was also a number used on 1000cc engines. It is worth noting that the heads stamped 12G940 are compatible with the 1071 engine, however, these were introduced later, and were not originally fitted to the 1071 Cooper S. All Cooper S cylinder heads are referred to as 'eleven stud' (as opposed to 9 on non-Cooper S cars), referring to the number of studs attaching the head to the cylinder block. This is one confirming way to check that the 12A185 numbered head is original.

Certain components on Mark I cars were stamped with a production date. This is in the format of month / year, (eg., 2/64 for February 1964). These dates can be useful for working out the age of a car, or judging how original it is overall. The following parts are known to be date stamped: (bootlid lock, brake drums, coil, distributor &dynamo, floor start button, fusebox, glass (using the Triplex system of placed dots under the letters), headlamp bowls, horn push surround, ignition switch, indicator arm, light dip switch & light switch, regulator, starter, wiper motor & wiper switch).

The MK1 Austin Cooper S 1071 had the following mechanical features: