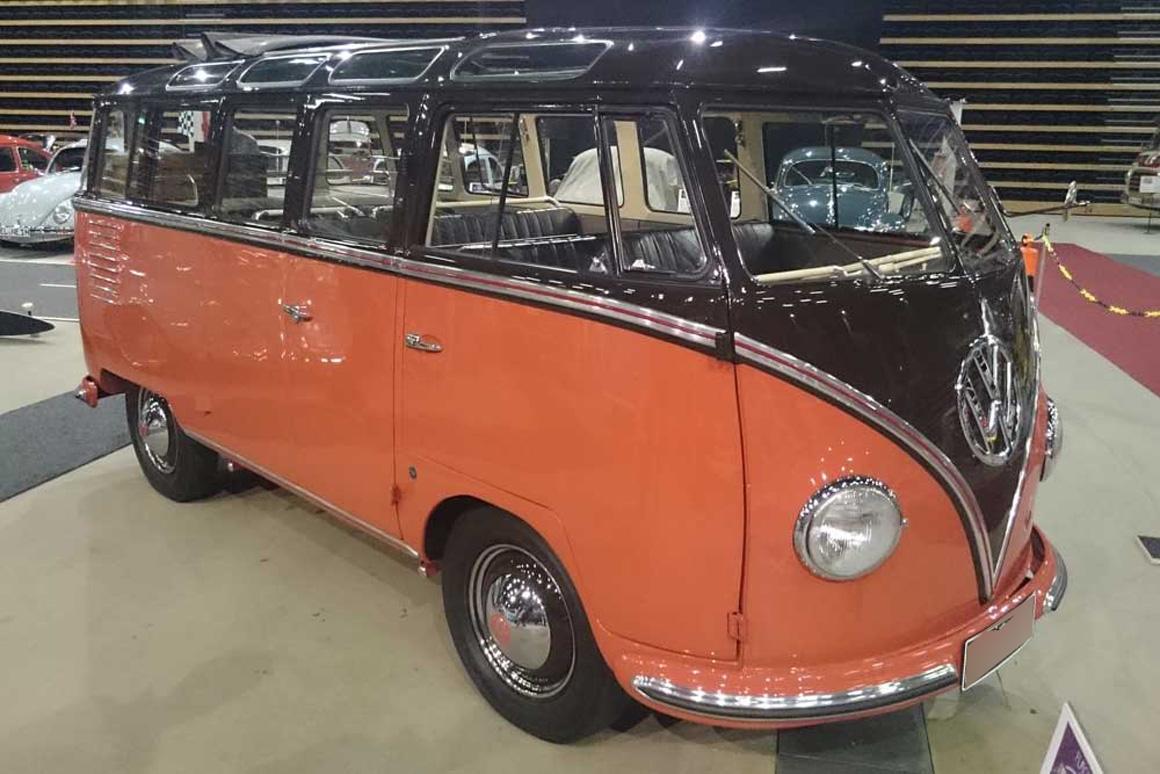 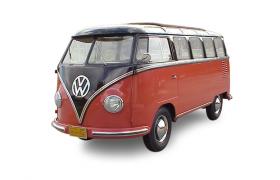 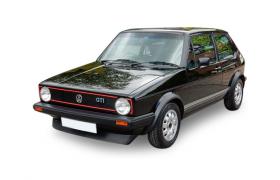 This guide has been created to assist people with the identification of the 1951 - 1955  Volkswagen Deluxe Microbus (otherwise called the Samba Bus or Sunroof Deluxe). For information on the later model 1955 - 1958 Samba Bus, follow this link. The VW Deluxe Microbus was based on the T1, Type 2 body, which features the famous split front window, which was adapted to several other body styles. The Deluxe Microbus entered production a full year later than the standard 1950 Microbus, and has become particularly desirable due to its unique feature and low production numbers.

As the Deluxe buses now demand extraordinary prices, it is important that a prospective purchaser knows exactly what they are getting. This identification guide includes information about the VW Deluxe Microbus external features, interior features, mechanical features, paint colours and codes, as well as the chassis, body and engine number information necessary for determining the originality of these vehicles.

Numbers produced and period of manufacture:

The VW Deluxe Samba Bus was produced from late 1950 through to February 1955 in the following numbers:

The 1951-1955 VW Deluxe Microbus had the following external features:

Several sources have confirmed that the Deluxe Microbus came in the following two colours/combinations:

The vast majority of Deluxe Microbuses were produced in "Chesnut Brown" over "Sealing Wax Red". We have managed to only gather a few images of an all Stone Grey Deluxe Microbus.

Several forums have indicated that many of the Deluxe Microbuses which appeared in early brochures, advertisements, and at motor shows, were generally Chesnut Brown" over "Sealing Wax Red, but also had a white contrasting roof. Although production started in Aug 1951, very few vehicles were built that year and it is noted that none of these were built for sale to the general public, but were rather supplied as demonstration vehicles. All of these vehicles are believed to have had a white roof. Unfortunately, we have not been able to confirm the paint code or find examples of these very early vehicles, but please contact us if you have any additional information.

The chassis plate can be decoded in the following way:

The tables attached in the images compile the months in which the the Deluxe Microbus was produced with the sequential VIN numbers applicable to those production dates.

The engine number is stamped on the front generator mount.

To assist with identification of an original engine, date stamps which are cast into the block can be inspected.  These cast marks can be found in two locations:

1. On the left hand side of the generator stand (right hand side case half).

2. Next to the oil pump (left hand side case half).

These locations are further described in the images. This stamping contains three (3) groups of digits that refer to the production date of the engine.

Digit 1: Day of the month

Digit 3: This consists of two digits. The first is the shift number of the day, and the second digit refers to the year the engine was produced.

A 'birth certificate' can be obtained from Volkswagon, and will confirm the following information about your Microbus. Note, obtaining a birth certificate will likely require a valid chassis number, or further information, and we have not verified the process of obtaining such documents.

Factory options for the Deluxe Microbus:

The 1951-1955 Deluxe Microbus had the following mechanical features: