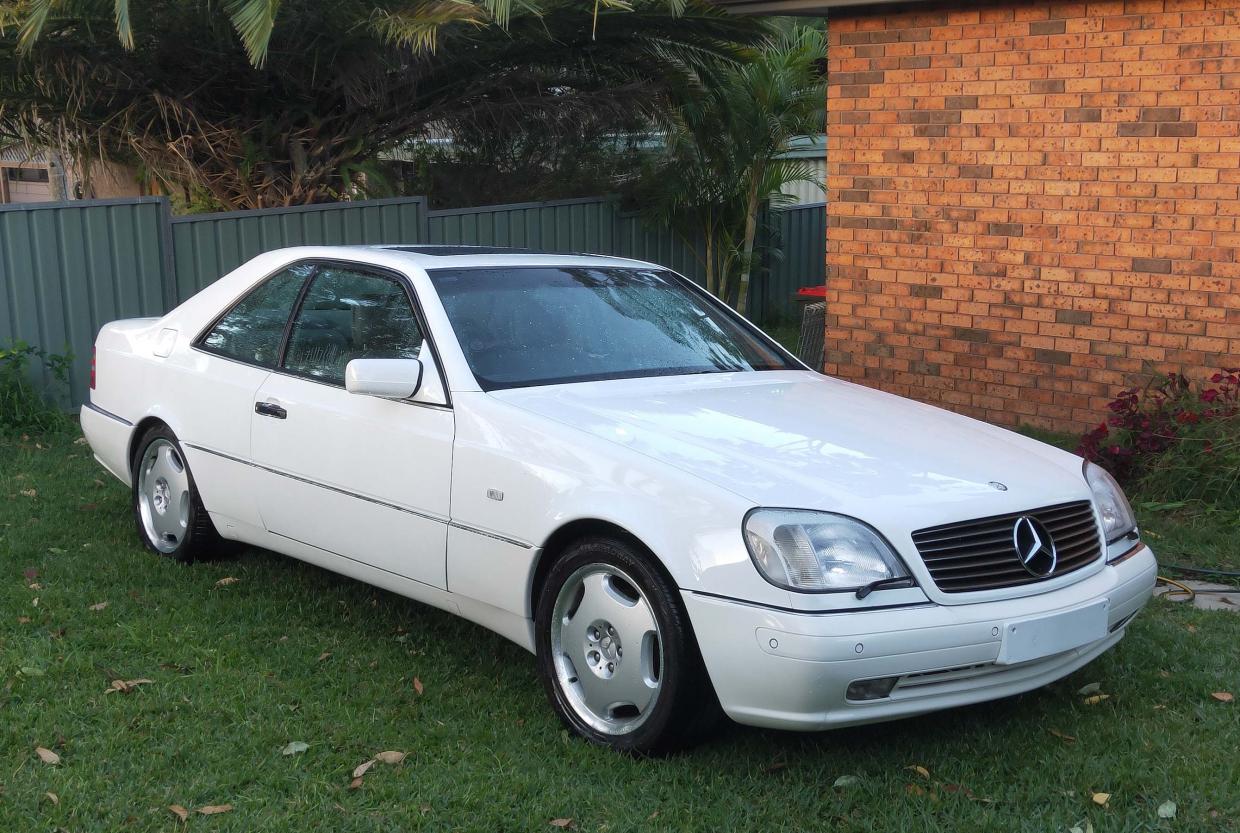 If you’re a Mercedes S-Class coupe enthusiast, then this page should provide some interesting reading, and we certainly welcome additional information to bolster this page as a reference for other enthusiasts. This guide provides detailed facts and observations covering the evolution of the 140 series Mercedes S-Class coupe (model designation “C140”) through its short production run from late 1992 to 1998.1 Where appropriate, a number appears in superscript referring to relkevant information source / reference in the final section of this guide.

The 140 series S Class received a mixed reception following its launch, particularly in the European market where its size has always been controversial. However, this billion dollar engineering project went on to establish itself over the subsequent decades as King of the S-Class. The 140 is often referred to as the last over-engineered Mercedes-Benz car, built to a standard with little regard to cost. It introduced a plethora of technological, comfort, quality and safety innovations, many of which became standard features on vehicles as much as 20 years later, but some of which have never been seen on a production car since.

Development of the coupe derivative commenced in 1985, with the intention to launch the car only several years later. With the Saloon launch delayed by engineering and cost challenges, the coupe launch was also set back, and a final choice for the exterior design was only settled in 1987. It wasn’t until January 1992 that the coupe finally premiered at the North American International Auto Show in Detroit, a year after the sedan launch. The European premiere took place two months later at the Geneva Motor Show, and production of the first coupes commenced in September 1992.2

At 5.065 metres (199.41 in) long, the C140 is the largest S Class coupe ever built. In typical Bruno Sacco style, its distinct shape reflects a softer and enlarged evolution of the C124, particularly from the rear and side perspectives. The front end retained the genetics of Sacco’s sporty C126 coupe, with a broad grille containing a large central star emblem, and shorter headlamps pushed to the corners - but now also wrapping over the top of the hood.

Production of the 500 V8 and 600 V12 coupes ran from September 1992 through to September 1998 (Confirmed by Daimler AG website and google play book).6 In March 1994, the smaller 420 V8 was introduced to the coupe, but only in selected markets. The 420 ceased production slightly earlier than its larger capacity siblings, in August 1998.7 A replacement for the C140 was not introduced to the USA until the 2000 model year. Therefore, excess 140 S-Class stock manufactured in 1998 were sold in the US as 1999 model year cars.8

The following breakdown of models has been confirmed by several sources9:

​Early models up to June 1993 were badged as the 500SEC or 600SEC, continuing that name from the previous generation C126 S Class coupe. The 420 was never badged as an SEC due to its later launch date.

There were a limited number of factory fitted wheels, and several AMG wheel options available on the C140 from new. There are also many additional varieties from suppliers such as AMG, Brabus and Lorinser outside of those factory fitted options. Below, we detail the standard factory wheel options, and this information is largely based on the availability of wheels noted in C140 brochures. Below that, we run through the other wheel options available from AMG, Brabus and Lorinser.

From our research, the following factory wheels were available on the C140 (all being 112mm x 5 stud pattern):

AMG wheels were available as dealer fitted options in some markets, and are shown in several brochures for the C140 confirming this. From our research, we have identified two wheel designs available (with the names taken from a German brochure):

The C140’s dashboard changed in several areas over the car’s 6-year production period:

The main Instrument panel included the following (from left to right):

It appears the V12s have a separate lid/compartment built into the top of the arm rest that pulls down between the centre of the two rear seats. This feature was optional on the V8 cars, and rarely seen (see Newcastle CL500 which was fitted with this option). Most V8 cars instead have a basic large leather arm rest that deploys from between the rear seat backrests. [Might be part of the leather trim dash option]?