Affordable Future Classics from the 80s and 90s – Number 6: Audi UR Quattro 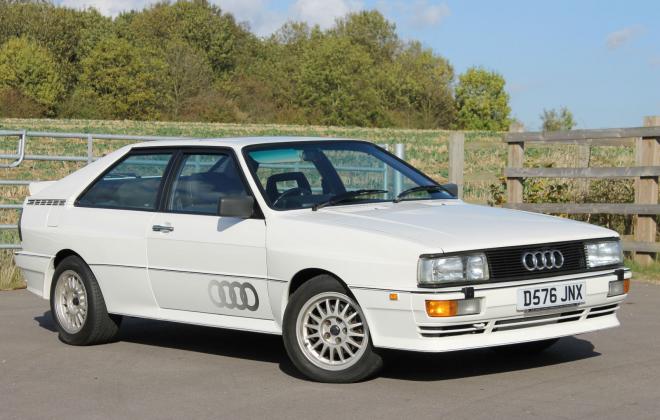 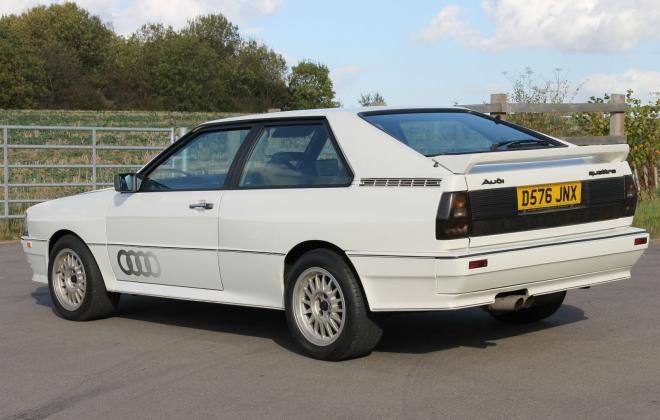 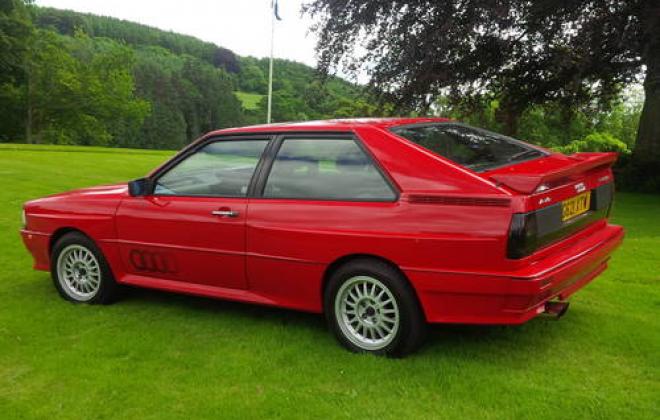 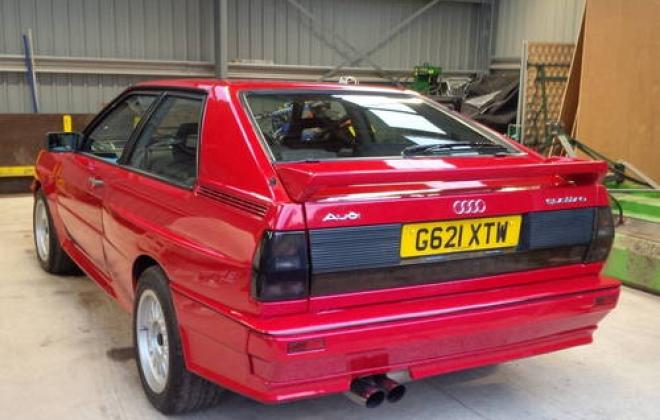 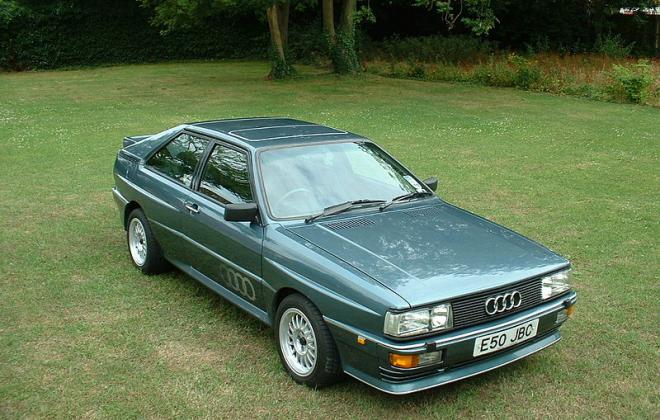 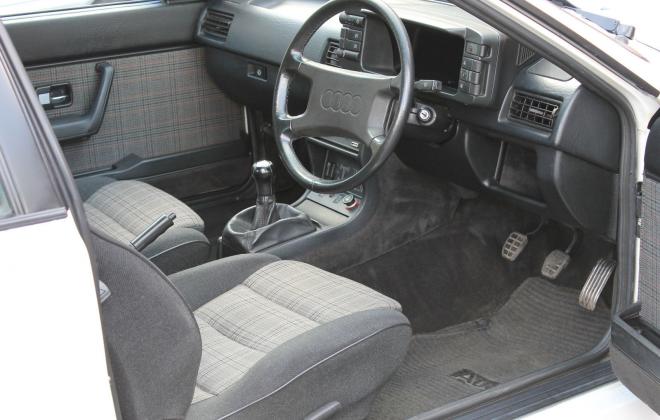 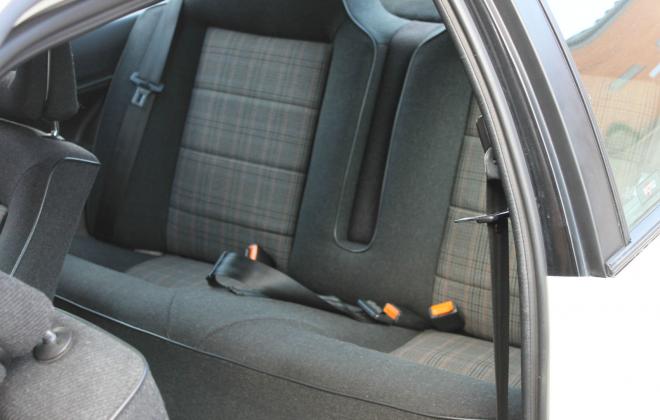 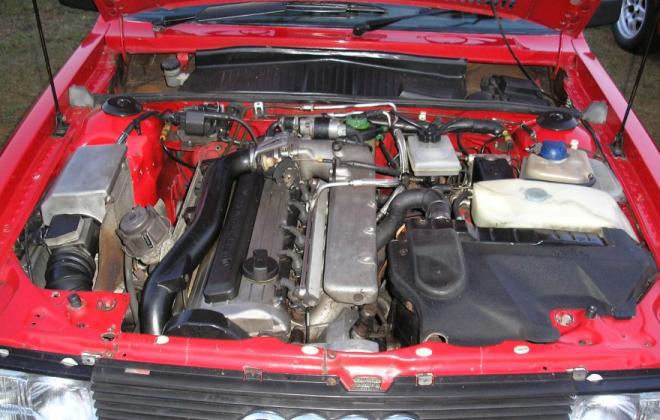 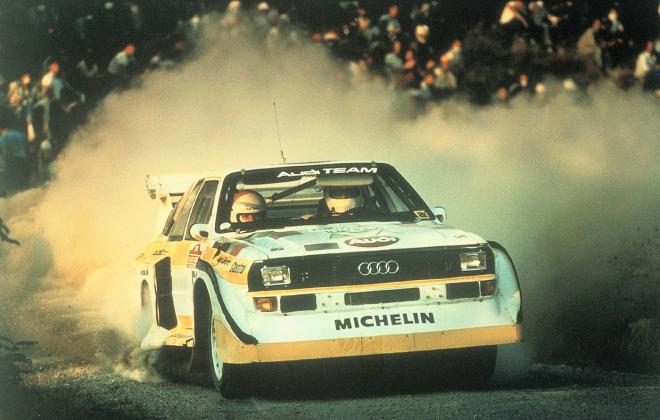 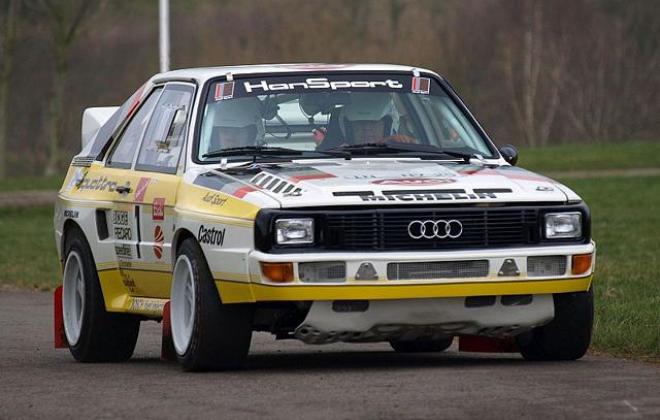 As we round up the first half of our top 10 future affordable classics, this is where things start to get competitive. Every article you can find about the Audi UR Quattro makes you believe it really should be within the top 5, however, the competition for the top five places is so great, that we have had to settle the Audi in position 6 of our top 10 affordable future classics.

Prior to the rallying legend UR Quattro, Audi had a limited sporting reputation, and prior to the 1980’s was only a small arm of the Volkswagen group. Based on the UR Quattro’s appearance, no one could have picked that the cars launch at the Geneva Motor Show of 1980 would change Audi’s image forever, and significantly change the way cars performed both on the road and track. The UR Quattro is probably the most famous Audi in the world due to its performance in the world rally championship, and its fame is furthered by the fact that nearly every modern AWD Audi bears the same name in the cars honour.

UR Quattro production ran from 1980 through to 1991, making the car perfect for the purposes of consideration in our top 10 list. This revolutionary car has a lot more ageing to do, and is available at an affordable price, particularly considering what the car has achieved. The factors we believe contribute to its future collector status are outlined below.

The achievements of the UR Quattro in motorsport and its performance and influence on both the track and in modern day sports car design all contribute to its inclusion in our top 10 affordable future classics list. The car was also built in relatively low numbers, has a cult status amongst generation X and is widely respected and known amongst motoring enthusiasts worldwide. Each of these factors contributes to our selection of the Audi UR Quattro as a future classic, and are each explained below in further detail:

This is perhaps the most notable factor contributing to the UR Quattro as a future classic. The UR Quattro had most of its success on the rally track, and is one of the major rally icons from the 1980’s. Debuting at the Janner Rally of Austria during 1980, it was only a year later that the UR Quattro won the World Rally Championship (WRC). The UR Quattro went on to win the WRC championship in 1982 and 1984, and was on the podium for several other championship years. In its various model versions, the Quattro had 23 WRC rally victories throughout the 1980’s, with countless podium finishes in between.  One of the most notable achievements in particular was the cars domination of the South African rally from 1984 through to 1988.

This success of course was largely due to Audi’s decision to introduce 4WD and turbo charging to its rally cars, following a change to rallying regulations. It was Audi’s early decision to adopt 4WD that prompted quick reactions from Ford, Lancia and other participants in the rallying world. However, it was Audi that managed to put together the best package faster than its competitors. It is also worth noting that the cars that other manufacturers produced (such as the Lancia Delta), are worth their weight in gold today, and cannot be considered in this article as they are not considered affordable. Given the Quattro’s brilliant performance in rally, and the fact that values of its competitors today are out of reach, we can only conclude that the Audi deserves more attention than it currently receives.

Thankfully, the launch of the UR Quattro just managed to pre-date Group B rallying regulations. Therefore, the UR Quattro road car itself has a close connection with the rally car that competed during the early 1980’s. However, the rallying Quattro was soon modified to Group B standards, meaning that the Quattro competing on the track had very little resemblance (other than looks) to the UR road going Quattro. Having the link between the UR road going Quattro and the early pre Group B cars is very important. Like a Group A car, it established a more genuine motorsport connection between the road car and the rally car’s success. Had the Quattro entered rallying only in Group B form, perhaps this link would be harder to make.

The UR Quattro’s design had an obvious influence on the rally world, with the cars performance demonstrating to competitors that 4WD was the only way forward. The cars significance from an engineering perspective in rallying will therefore always be remembered. However, the car also had a significant influence on the development of everyday road cars. The availability of your average consumer car today, and particularly sports cars, in an AWD format would likely not have been so advanced had it not been for the efforts of Audi in the late 1970’s. Like the classic Mini before it with its new transverse engine, the Audi UR Quattro did something that many other manufacturers were not willing to take major steps with, and this is a reputation the Quattro and Audi will always retain, and be respected for.

Another attractive feature of the car from an engineering perspective is its staggering performance for a 1980’s vehicle. The 5 cylinder turbo engine produced between 147 – 162kw, depending on the engine version.  This power combined with a 4WD system made for a fantastic drive, and one which still exhilarates and remains highly respectable today. The ability to use the vehicle as a daily driver, given its competent and exciting performance, should ensure the car remains a popular choice as a modern classic into the future.

As we hit the half way point of our top 10, production numbers become a bigger issue. The UR Quattro is relatively well placed in this respect, with only 11,452 units in all forms produced. This is a small number in itself, without even focussing on particular models over the span of the vehicles life. Compare this to some of the production figures of other cars lower in our top ten list, and you will start to understand why this car is positioned where it is. Thankfully, the production figures are high enough to make the cars reasonably available (along with parts), but low enough to ensure that values will likely increase in future.

Perhaps this is only a minor factor given the other elements holding up the Audi’s reputation, but generational references are always influential. Although most of the Quattro’s fame came from its motorsport achievements and engineering developments, the car also featured in the popular tv series Ashes to Ashes, and has featured in several Top Gear and Fifth Gear episodes, where it has been reinforced as the rallying legend of the 80s. This generational association and positive sports car connotations from the 1980s, along with its motorsport success, should ensure peoples’ awareness of the cars achievements, and therefore its popularity, continue into the future.

A couple of significant factors hold the Audi back when compared to its highly competitive counterparts. The first issue we will mention is that the Quattro achieved most of the rally success whilst in heavily modified Group B form. Unfortunately,  this meant that the road going UR Quattro has about the same level of representation to the factory product as a Nascar vehicle does today. Yes, the Audi did rally successfully with the UR Quattro in a Group A type form in the early 1980’s , as well as through private teams, however, the standard UR Quattro available today is not so closely linked to the rally car, and this is an issue that may bug collectors. The car is not alone in this respect, but it does possibly explain why values haven’t taken off in the UR Quattro like they have with the Group A Escort Cosworth or Lancia Delta, for example.

Also possibly holding the car back, and again I note this is subjective, is its conservative styling. It is a very 80’s looking car which was generally not the best era for appearances, but we note that this may change as time passes. Some people love its clean square shape, and some hate it, but most can agree that it still has a slightly aggressive stance, and a thoroughbred look about it.

The UR Quattro is a household name in motorsport and its significant achievements and low production numbers should ensure that this car is always a desirable item to have in your garage. The car is reasonably well available if you’re living in the UK or Europe, however, cars can be harder to find in the US, Canada, Japan and Australia. Very limited numbers were sold in the US, Canada, and Japan, and only private imports exist in Australia (mostly imported from Japan or the UK).

In terms of the best pick, we would have to recommend the later models, known by the engine code RR. This Quattro had the 162kw 20-valve engine, as opposed to the earlier 10-valve engines of the WR and MB series which produced 147kw. Either way, whichever model you get, it should be a lot of fun, and there are only marginal other differences between the vehicle series such as digital dashboard displays, wheel sizes and badging. Soon, we will have a full vehicle identification guide published on Classic Register for your reference, should you be considering purchasing one of these vehicles.

Sadly, the UR Quattro misses out on the Group A limited production status that applied to many of its competitors throughout the 80’s and 90’s. Given the limited numbers of cars built, this is not a  major issue for the car, but one worth considering. Despite this minor issue, along with the conservative styling, (which may actually be popular soon – I actually like it!), the UR Quattro has so much going for it as a future classic. Examples can be purchased easily under $20,000 USD, and watching markets in Europe in particular will ensure you can choose the best from a large stockpile.

I hope this article has been of interest to you, and I encourage you to have a look at our main top 10 list article, or our other articles on individual vehicles in our top 10 list, as we make our way through. The next article to be released is on our number 5 car, the Mercedes Bens W124 500E. Keep an eye on our other information on the website, including upcoming articles and new website features by liking our Facebook page.