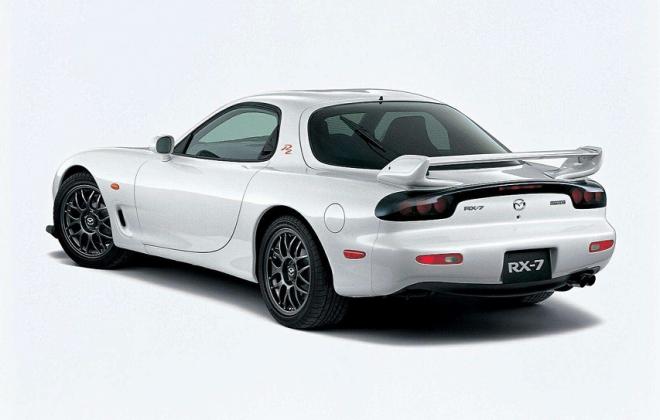 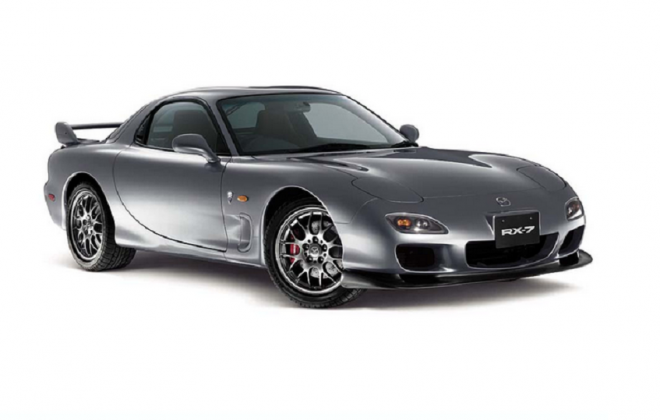 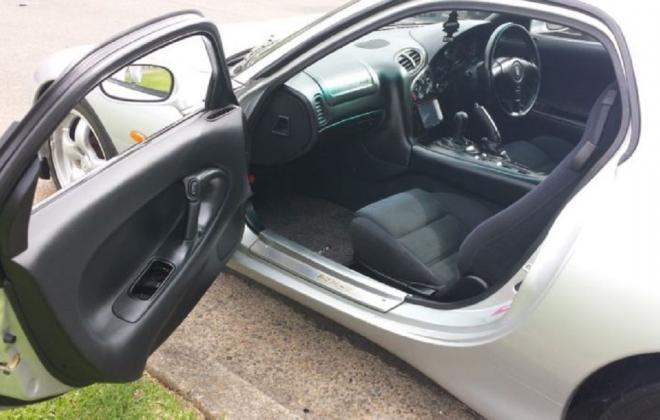 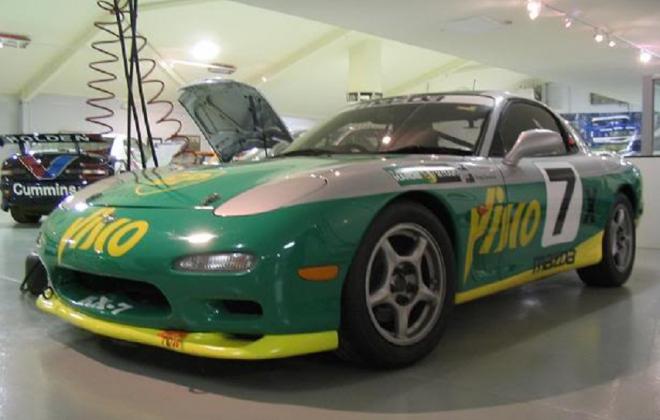 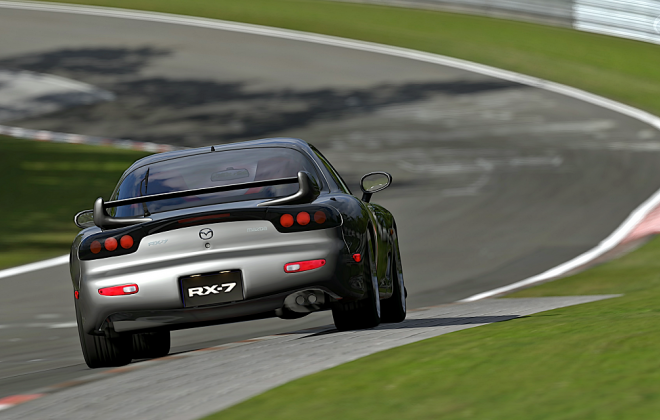 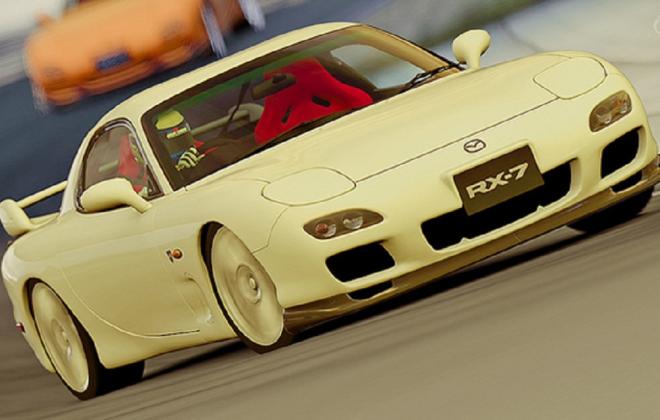 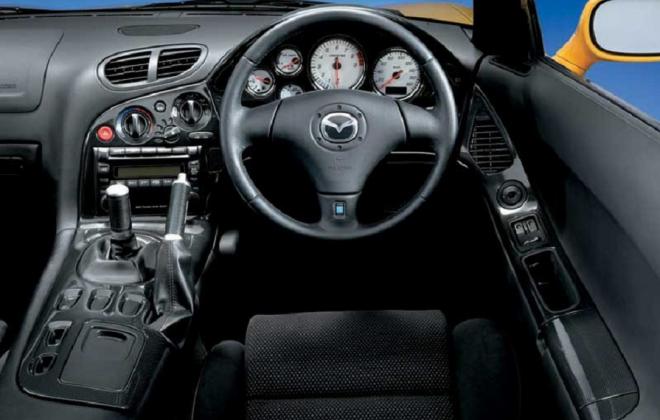 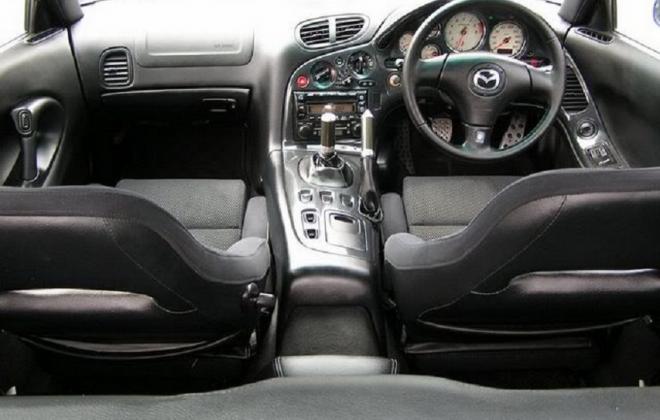 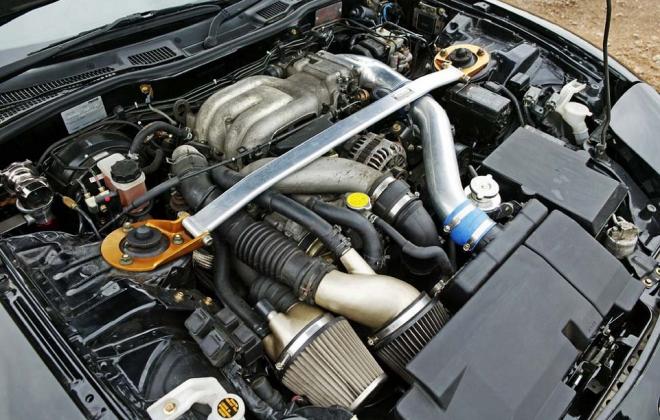 Mazda’s RX series cars have been famous since their introduction to western markets in the early 1970’s, featuring unique rotary engine technology, and remarkable performance. Many of Mazda’s RX cars have already become classics, and demand prices beyond consideration in this article. There is however one car, perhaps the most recognisable of all, which we believe has not yet realised its full potential. This car is the Mazda FD RX-7, the third generation of RX7 which holds 7th place on our top 10 list.

The FD RX7 was launched in 1991, replacing the outgoing FC model, and from a design perspective reflected a new direction. The car was extremely curvaceous and aerodynamic, with a low centre of gravity, making it immediately recognisable as a performance car. This generation of RX7 is undoubtedly the most famous in the world, despite having substantially lower production numbers than previous RX7 generations. The FD RX7 was produced until 2002, and continued the racing success achieved by previous generation RX7’s.

The FD RX7 in all forms is well worthy of classic car enthusiast consideration, however, we note for the purposes of this article that a few special editions have started to come under the $20,000 AUD mark, and are highly worthy of consideration as investment opportunities. As noted in our introduction article, this is one car where production does extend a year of two out of the 90s, but due to its manufacture and achievements within the 90’s, this car was a must on our list.

The FD RX7 has been included in our top 10 due to its significant achievements across a variety of elements which suggest it should become a future classic. The car has a great motorsport history, is world renowned for its performance and handling and is one of the best styled Japanese sports cars of the modern era. The RX7’s selection as a future classic is also supported by its pop culture reputation established with younger generations through film and video games. These factors are all outlined below.

Since the introduction of the RX7 in the early 1970s, Mazda has had substantial success on the race track. This success continued with the FD RX7, and the cars reputation as a serious race competitor is well established. The FD RX7 most famously won the Bathurst 12hr trophy four straight years in a row (from 1992 – 1995) in NSW, Australia. It dominated formidable competition such as the Lotus Esprit, Toyota Supra, BMW M5, Porsche 968/911, Skyline GTR, Honda NSX, among many other reputable racing brands. The winning car also gained a podium finish at the international tarmac rally Targa Tasmania in 1995. As a result of this success at Bathurst, the special edition “Bathurst R” was released at several points in the cars manufacturing life, and is one particular version which we believe is the best pick.

The RX7 also achieved wins in the GT2 racing championship in 1998, amongst many other private race and rally events around the world. The RX7’s success continued after its manufacture ended, winning the drifting D1 grand prix title in 2003, and coming in as a close runner up in 2005.

The success of the FD RX7 in such a competitive era demonstrates the quality and performance of the car. Its motorsport success is one of the main factors contributing to its future collector status.

When the FD RX7 was launched, reviewers immediately reported that its performance and handling was world class, in particular noting how well balanced the car was. Mazda had used the front mid-ship engine and drivetrain layout, with 50/50 weight distribution, combined with a very low centre of gravity. This allowed the RX7 to make use of all the power available from its rotary engine, whilst remaining comfortable at its limits. The cars design gave it substantial advantages over its rivals, with success reflected on the race track despite being up against other cars with far more power.

Today, many still report the FD RX7 as the best handling car they have driven, and this reputation is well entrenched within enthusiast groups. Also making the car desirable is the power available from its unique engine. The engine itself, being a rotary, is not only a point of difference for enthusiasts but also provides substantial power and has kept the car competitive in modern performance terms. By the time the last RX7 left the factory in 2002, it was available with 206kw, in a car that weighed around 1300kg. This power to weight ration will continue to make the car desirable well into the future.

Although a subjective topic, most agree that the FD RX7 is an amazing looking car for its 1991 release date. It’s one of the most curvaceous sports cars available, and reminiscent of the famous Dodge Viper. Unfortunately, the RX7 never actually received any formal styling awards, perhaps due to the styling being a bit too advanced for the time. Nonetheless, its design is seen as one of its best elements, and like classics such as the E-Type Jag, should help the RX7 continue to generate interest from collectors in the future.

Despite the lack of formal awards in the styling department, the RX7 received many other automotive industry awards upon its release, including Motor Trends Import Car of the Year, Playboy Magazine Car of the Year 1993, Car and Driver's Ten Best list for 1993 through to 1995, and won the Automotive Researchers' and Journalists' Conference Car of the Year award in Japan. Further, Road and Track Magazine stated "The ace in Mazda's sleeve is the RX-7, a car once touted as the purest, most exhilarating sports car in the world”. From its initial launch, it has clearly been a well acclaimed vehicle.

Assisted by the RX7’s styling is its heavy pop culture presence during the 1990s and early 2000s. The RX7 is particularly familiar with younger generations who grew up with video games such as Gran Tourismo and Need for Speed. The car was further immortalised in films such as the Fast and Furious series, and the Initial D Japanese TV series. As a result of this familiarity, particularly with younger people, the Mazda’s future as a collectible appears to be well secured.

The availability of a sports car in limited edition form always helps its desirable to collectors in future. Thankfully, in the case of the RX7, Mazda managed to squeeze out 9 special edition versions over the FD RX7's lifespan. Not all of these special editions are affordable however, and a few are so rare that they have suffered little depreciation at all since their initial sale. For example, the RX7 SP of Australia can demand prices over $50,000AUD, with the Spirit R version demanding outrageous prices in Japan. The best pick from our research suggests that the special edition to go with is the Bathurst R edition from 2001 / 2002, which are only now starting to creep under the $20,000 mark. In 2001/2002 there were only 500 Bathurst R cars built, which is sure to attract the attention of enthusiasts. The alternative is to look at earlier model Bathurst editions, which were also produced in very limited numbers.  Although you will always be able to get the standard type R, RB and RS at a good price, if you can get a special edition, even with a slightly higher mileage, it will be worth it in the longer term.

Although the FD RX7 has achieved much in a variety of areas from styling to motorsport success, it lies amongst severe competition, particularly from its Japanese contemporaries. Cars like the Impreza WRX, Skyline GTR and Mitsubishi Evo have achieved even greater success than the RX7 in some areas, and often reflect a better buy in today’s market in terms of price. Linking from this, the RX7’s success on the track, although impressive, is largely confined to Australia and Japan, and we believe this is an element which will be looked upon less favourably when compared to other successful vehicles in the top 10.

High production numbers of the RX7 are also a factor to consider. Although there are many special edition low production versions to choose from, you will be forced to pay a heavier price for those, and there are only a few on the market, such as the Bathurst R edition which occasonally represent good value. There were a total of around 60,000 FD RX7’s produced, meaning that overall they were far less common than the previous generation RX7. 60,000 is however not a small number, and as we have mentioned with other cars in this article series, this could continue to place downward pressure on prices for some time, along with the fact that some of the cars from the early 2000’s simply are not old enough to appreciate in value.

The RX7 sits among severe competition in our top 10 list, and it’s one of those cars which may need a bit more time in order for any value gains to be realised, or for values to at least bottom out. The fact that it had lower production numbers than earlier generation RX7’s should mean this version performs better than those previous models, and this is particularly the case for the special edition versions.

The FD is clearly the most famous RX7, and its relevance to pop culture in recent history, along with its styling, performance and motorsport success, will see this car well appreciated into the future. If you are considering the RX7 as a future classic for your garage, we would, however, encourage you to have a look at the other Japanese competitors which we have ranked higher on our list, which may actually be available at a better price. However, none of them quite beat  the styling of the Mazda.

I hope this article has been of interest to you, and I encourage you to have a look at our top 10 list article, or our other articles on individual vehicles in our top 10 list. The next article to be released is on our number 6 car, the Audi UR Quattro. Keep an eye on our other information on the website, including upcoming articles and new website features by liking our Facebook page.

I have a 2001 Bathurst R FD RX7. Love the car, and never want to sell it, also believing it will be a future classic. A very interesting article, thanks for posting and looking forward to the rest of the top 10 future classic articles in this series, especially all the Jap cars in the top 5!