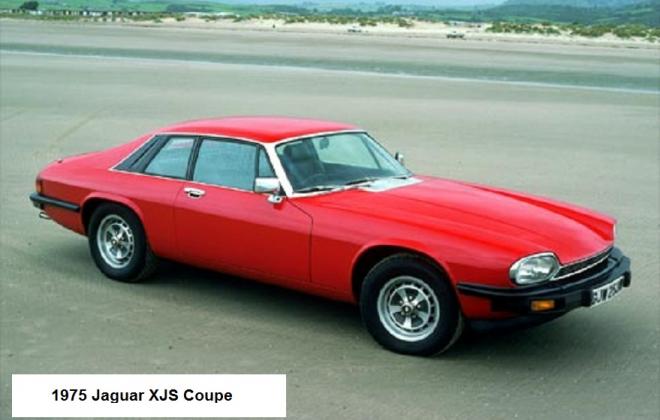 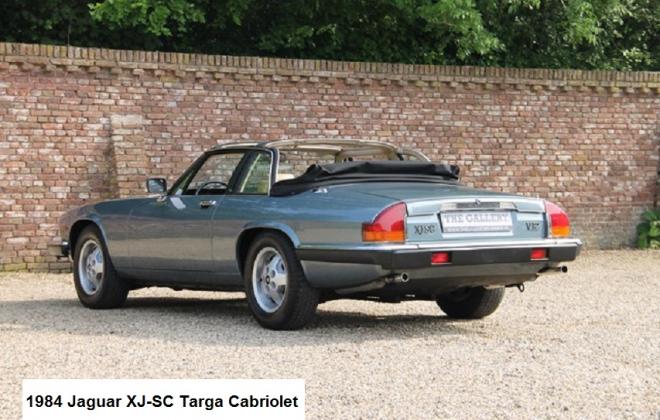 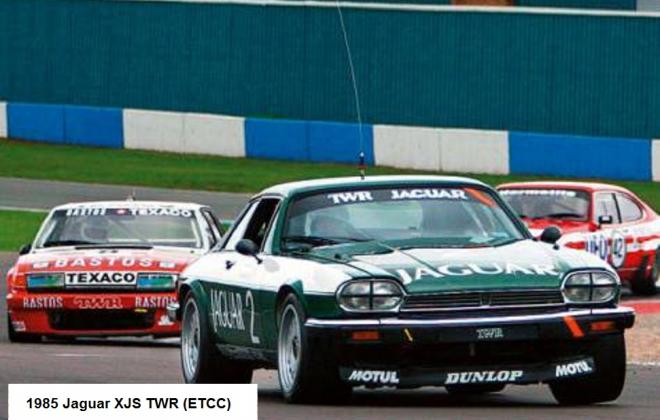 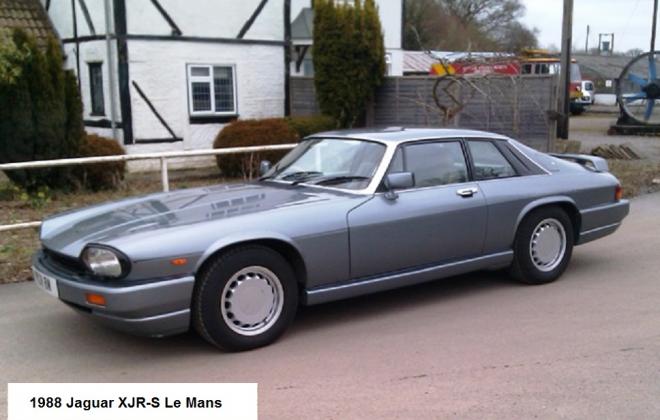 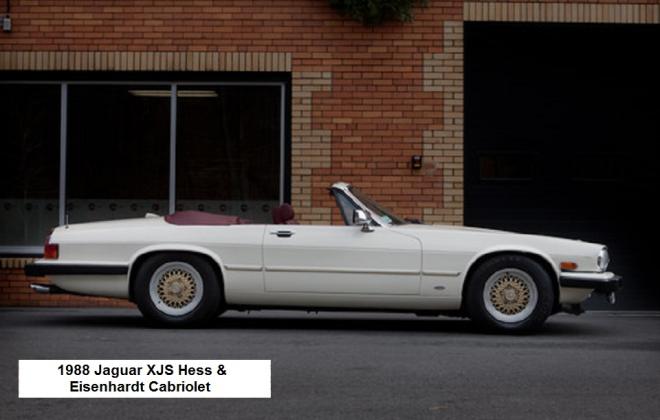 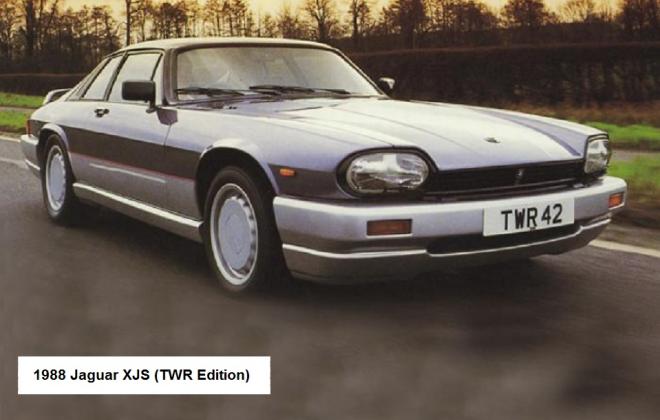 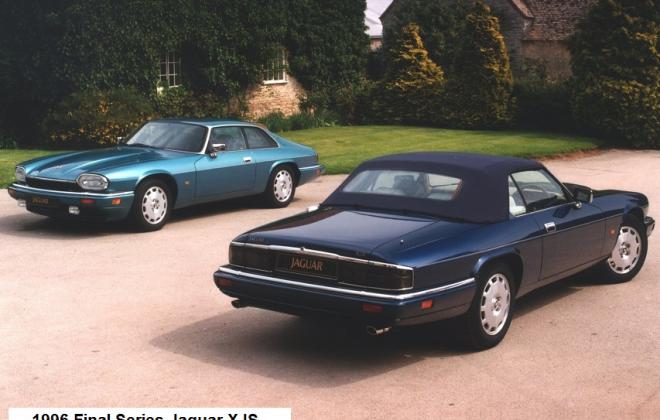 This is our second article in the series discussing our top 10 future affordable classic cars from the 1980s and 1990s. Click here to see the original article. We begin with number 10 on our list, the Jaguar XJS V12. The Jaguar XJS was intended to be the successor to the famous E-Type Jaguar, which by the mid 1970s was outdated and faced substantial competition from other sports car manufacturers. Jaguar’s answer was the introduction of the XJS, a car they had been working on for some years. Upon its initial launch, the car received mixed reviews, with many critical of the styling, and in particular, its lack of perceived ‘racing bred chassis’ as had underpinned the E-Type. Nonetheless, the XJS went on to be an extremely popular sports car globally, with substantial success in motorsport. Many are now starting to recognise the significance of the XJS, and the fan base continues to grow, which can only mean good things for value growth in the long term. This article runs through the rationale for the XJS’s inclusion in our top 10, and why we have placed it in position 10.

Like most of the cars in our top 10 list, there are multiple reasons for inclusion of the Jaguar XJS. The cars aesthetic qualities, motorsport history and its availability in limited edition form all play a part. The rationale for our choice of the XJS in the top 10 is provided below:

Despite the initial public criticism of the XJS’s design, the car’s aesthetic qualities soon grew on people, who were perhaps too attached to the E-Type. The car’s styling is now held in high regard, and a testament to the design is the fact that it continued in production for 21 years with limited external changes, and sold well across that lifetime for an expensive high performance sports car (particularly considering it was a V12 launched during an oil crisis). Very few other cars have been able to pull off such a long and successful production run with limited visual changes, and that is a significant reason why this car makes it into our top 10 future classics list. Jaguar took a risk with the design of the XJS, and love it or hate it, it’s a striking design which was well advanced for its mid-1970s launch date, and to this day commands attention.

More important to the XJS’s future classic status than its striking appearance is its successful motorsport career.. With performance coming from a V12 petrol engine, The XJS dominated a large number of international racing events including the RAC Tourist Trophy, the Trans-Am Series, the Cannonball Run, the European Touring Car Championship, the SPA 24 Hour race, Le Mans and of course the Bathurst 1000 of 1985, where it finished first and second in the Group A competition. The large power output of the highly modified V12 was unstoppable against its competitors who ran far smaller engines, and on the racetrack proved itself as a highly reliable package. Most luxury tourers of the time were not raced in such a variety of events, nor at the same frequency as the XJS, which makes its success particularly special. That is probably the most significant contributor to the cars status as a future collectable, with special racing editions of the XJS always commanding higher prices, but not out of reach for an investment opportunity.

The third factor contributing to the XJS’s position in our top 10 is its availability in limited edition forms. The car's various motorsport victories and its general appeal meant that Jaguar, and other coach builders, made a number of celebratory models. Several notable special editions include:

Although these models do command a premium, they can still be had for well under $20,000USD, particularly if you are looking at the cars on the American market. This represents substantial value, given that such a successful racing history behind some other brands of the same era (such as the Ford Sierra Cosworth), demand far higher. There are of course other factors to consider in valuing an XJS which we go through below, but the availability in limited edition form is another significant reason we believe the XJS makes a very suitable car to be considered in our top 10 future classics list.

Why is the XJS in position 10?

The XJS has a lot going for it, so you may be surprised that we placed it in position 10 of the most affordable future classic cars. There are a lot of things which might suggest its position should be closer to number one, however, we have considered three important factors which contribute to the car’s location at the back end of this list. These include:

The XJS was intended to be the replacement for the famous E-Type Jaguar which ceased production in 1975. The E-Type was a road car based on the underpinnings of a race car, and anyone expected that any replacement for the E-Type would stem from similar roots. Unfortunately, this was not the case, and although the XJS had far greater driveability than the E-Type, it would prove difficult for Jaguar to have the impact that the E-Type had after its launch in 1961. As a result, the XJS has always been dubbed a ‘failed attempt’ by Jaguar to replace the E-Type, and never deemed a suitable substitute by commentators. This general attitude among car enthusiasts has tended to bring the reputation of the XJS down, despite the car's many positive aspects.

Reliability is also not the car’s greatest strength, and unfortunately the XJS, and Jaguar V12 engines in general have developed a poor reputation. Although the Jaguar engines performed fantastically in modified form on the race track, they suffered from some very basic faults in road cars such as overheating and electrical malfunctions. Of course, these are issues that you can easily overcome with modifications, but keep in mind that reliability is not the forte of this car in original form, and perceptions still remain, dragging the car’s reputation down in the eyes of collectors.

Finally, there is the issue of large production numbers. There were more than 115,000 XJS’s produced, around 40,000 more than the E-Type before it. This availability (helped by the car's long production life), means that it is highly available, and prices are reflective of that high supply. This is not all bad news, as it means that spare parts are plentiful, and there are many vehicles to choose from. Unfortunately, the high supply of the XJS does mean that the car's status as a collector item could have some downward pressure on it, for some time to come.

The Jaguar XJS is certainly worthy of a top 10 position in the affordable future classic car category. Prices for the standard early XJS models are often well below $10,000 USD, and special editions can be obtained at very reasonable prices, particularly where some restoration is required. There is a lot of car to be had for your money with the XJS, and the availability of spare parts will ensure these cars remain serviceable and sustainable as future classics for a long time to come.

I hope you have found this article interesting and informative. Please feel free to comment on the article below (note that you must register to comment). Shortly, we will be publishing our article on car number 9 in the top 10 affordable future classic cars of the 80s and 90s, the Mercedes Benz W126 560 SEC. This is one of our favourites, and we look forward to running through our rationale for its selection.