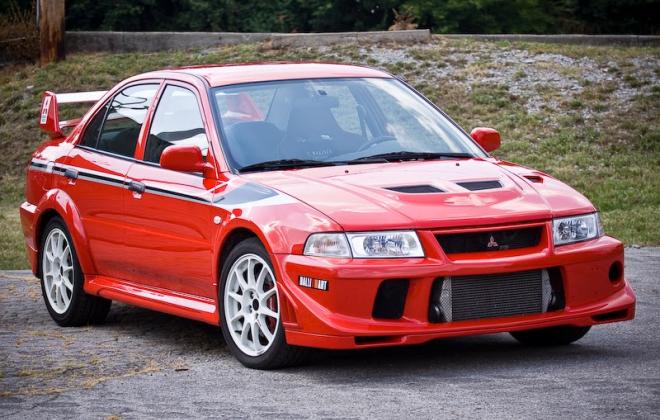 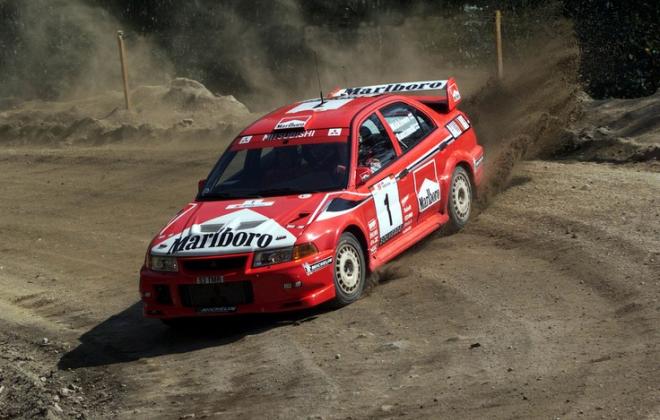 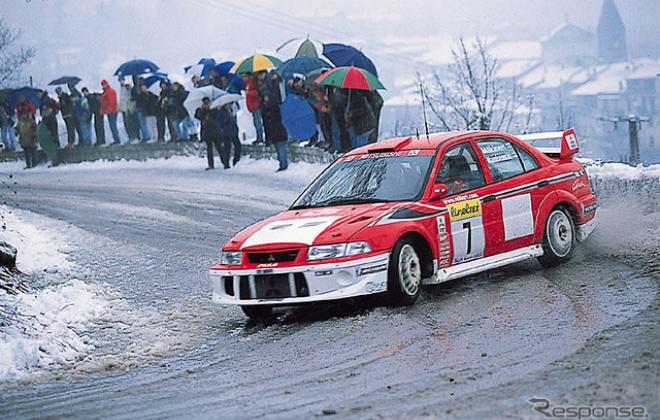 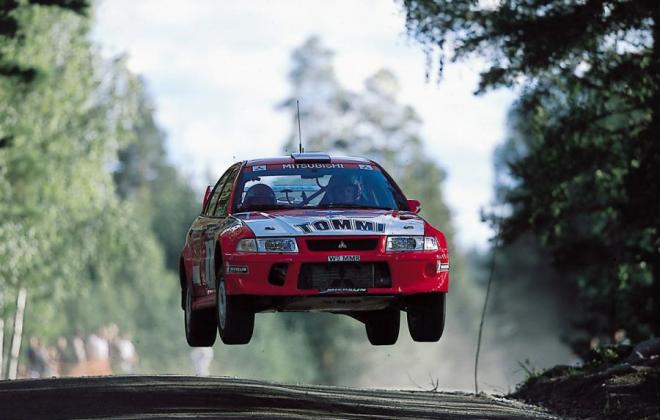 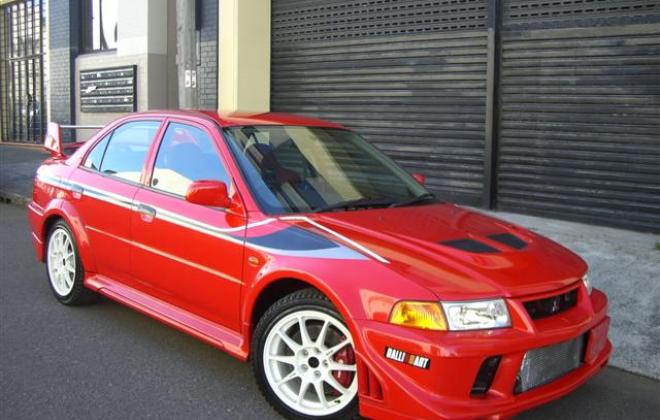 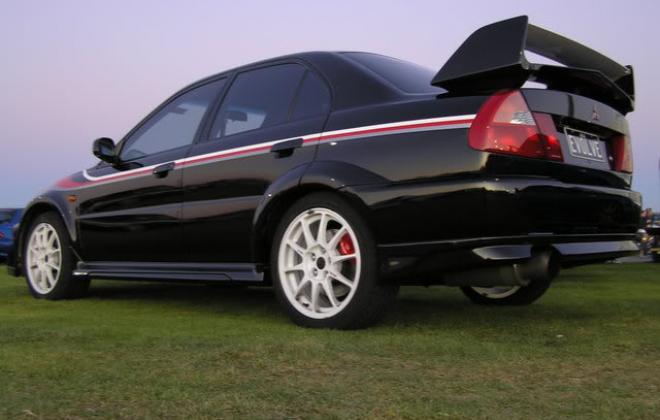 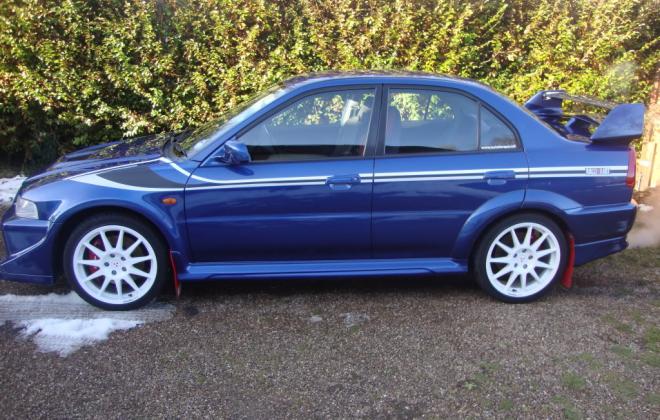 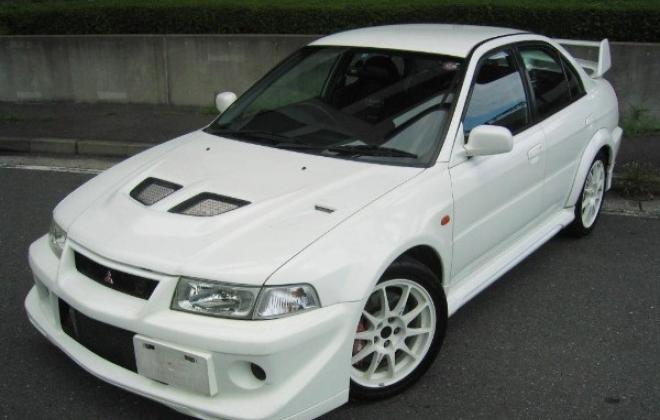 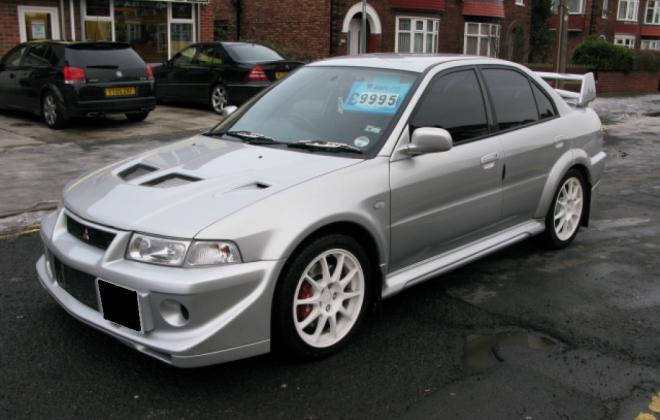 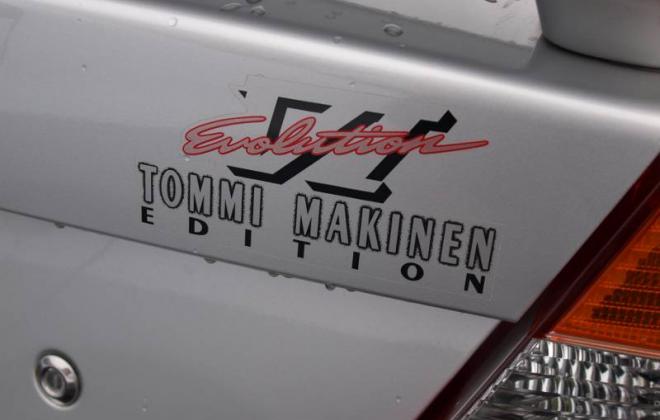 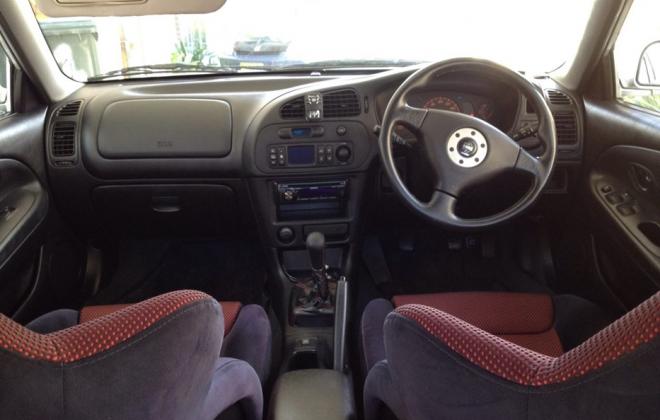 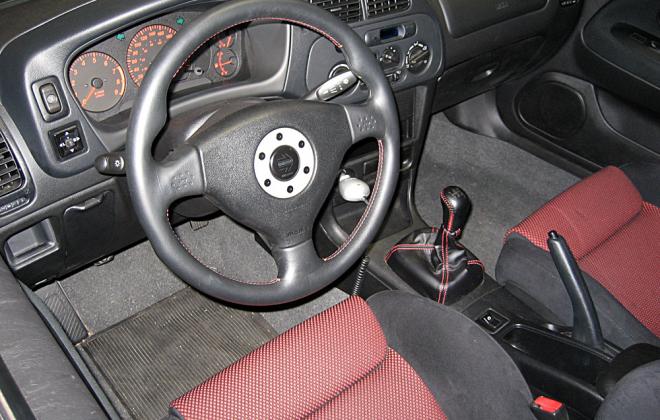 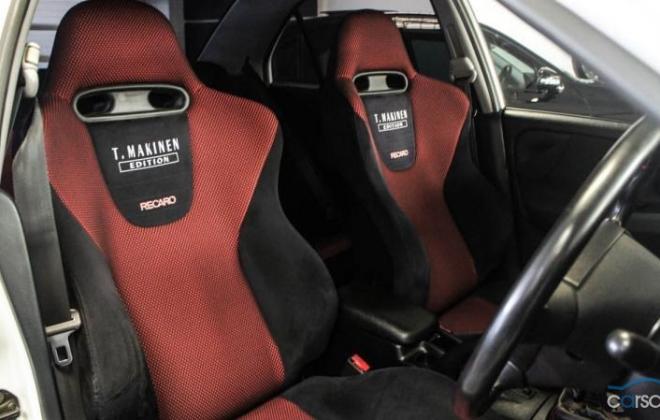 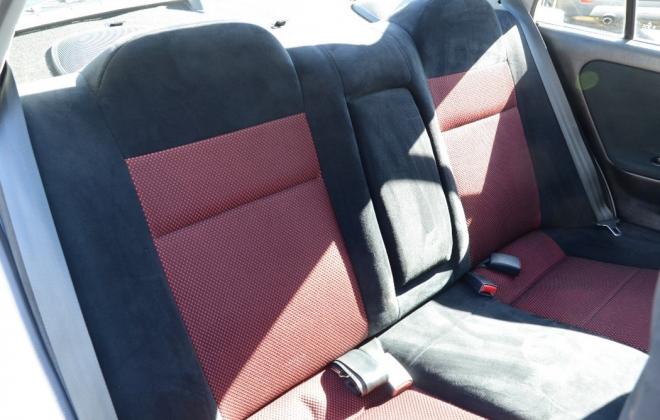 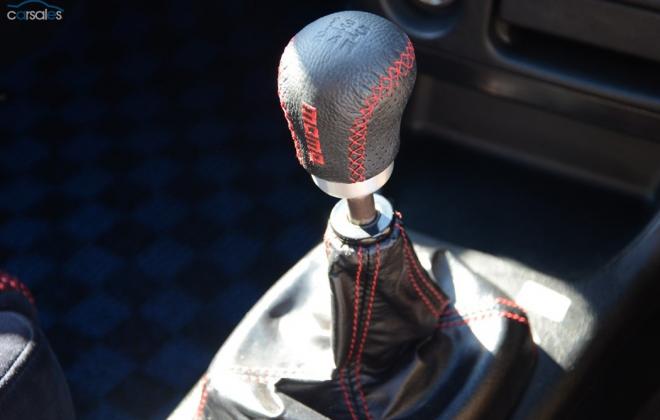 Our second placed affordable future classic is the Mitsubishi Lancer Evolution 6. We focus in particular on the Evolution 6.5 Tommi Makinen Edition (referred to herein as the “Evo 6.5 TME”) cars, as these represent the rarest and highest specification cars within the 1990s Evo range, and have certainly been traded recently at prices within our definition of ‘affordable’. Like with the WRX, there are many versions of the Evo that can be considered worthy of future classic status in their own right. However, the Evo 6.5 TME cars have the greatest potential to increase in value for a number of reasons which we outline in this article.

The Evo 6.5 TME is instantly recognisable, particularly in its red paint and rallying decals, reminding us of the car’s motorsport successes in the late 1990s through to the early 2000s. For this reason among many, the Evo TME has substantial street credibility, with a racing pedigree to match. Although prices of the Evo 6.5 TME have somewhat levelled off over the past few years, bargains are often appearing due to the large numbers being imported to western markets, giving a privileged few the opportunity to obtain this excellent future classic at a reasonable price.

Like the other cars in our top 10, there are many reasons why the 6.5 TME has been chosen, and the reasons in this case are particularly similar to the WRX Version 6 STI we covered in our previous article. The Evo 6.5 is an awesome driver’s car, with little attention to luxury and aesthetics, but all attention to performance and handling. Like the WRX, the car's engineering made it an extremely successful rally car globally. The success of the official world rally car and the performance of the road car made the Evo a favourite for tuners and rally drivers worldwide, and of course, the car constantly featured in motorsport video games and films throughout the 90s era and beyond, establishing a strong cult status that continues today. The fact that the TME version was a limited production model also positions this particular car well to become a valuable future classic, similar to the way the Mini Cooper S and so many others have achieved their current value.

Mitsubishi had long established the reputation of the Lancer Evolution before the arrival of the Evo 6, with a line of impressive rally victories behind the Evolution marque. Evo Lancers have racked up countless rally victories since the early 1990s. The Evo 6.5 itself was produced as a special edition car as a tribute to Tommi Makinen and the Mitsubishi team who achieved four driver's championships, amongst an array of other motorsport accomplishments. In particular, the Evo’s 3, 4, 5 and 6 dominated four driver's championships, a manufacturer's championship in 1998 and were usually on the podium in every event they competed in. The Evo 6 / 6.5 itself also repeated the success of the Mini Cooper S, winning 3 Monte Carlo rallies in a row from 1999 to 2001. Out of all this success, there is no doubt that one of the most famous car-driver relationships to ever strike the rally world was that of Tommi Makinen and his Ralliart Lancer Evolution, and particularly recognisable were his red Evo 6 and 6.5 cars. What makes the Evo 6.5 so special are not only its performance specifications and rallying heritage, but also the fact that it was the only car in the WRC to still conform to Group A homologation standards, despite the WRC rules changing in 1999. This meant you could buy a road version of the real rally car, which was not possible for any of its competitors. Despite having to adapt its Group A car to conform to WRC rules, Mitsubishi still dominated rallying with the Evo 6.5. In our opinion, this Evo is the last of the real Evos, and celebrates everything that Evo’s have achieved. Its appearance, in our opinion, is a perfect representation of a late Group A rally car. This impressive array of accomplishments confirms that the Evo 6.5 certainly deserves to be on the podium here with respect to motorsport achievements.

The Evo 6.5 TME, being based on the official rally car, made an amazing performance package in stock form, and even more so when modified, which tends to be the way many of these cars end up. 206kw, 4WD, Active Yaw Control all packed into a compact sedan made it both practical and breathtaking to drive, which is surprising if you consider the aesthetic similarities it retains to the standard Lancer sedan. The Evo 6.5 will launch from 0 to 100kph in just 4.8 seconds, and has a maximum speed of 250kph. By the time the 6.5 was launched in 1999, it was now in the same ballpark as an R34 GTR, which is significant considering earlier Evo models had always been considered a class below their GTR counterparts. The formula used to put the Evo 6.5 together was developed over more than a decade of testing and refinement in the rallying environment, and as a result, with respect to performance and engineering, we believe this is truly the best Evo you can get, and certainly outperforms even its later, heavier, “Evolution” Lancers. The stock performance of these cars alone is enough to keep people interested in the Evo 6.5 for a long time to come, whilst the endless tuning capabilities and modifications will only assist its cause further in becoming a future classic car. It is as competitive today as it was when launched, and that it has maintained performance relevance for so long will ensure that this car is a favoured choice for serious racers and collectors alike.

Like the GC WRX, the Lancer Evo 6.5 is one of those cars that everyone knows, even if the car was not sold in their country. This is evidenced by the wide knowledge of the Evo as a serious performance car in the U.S., and the success of later models sold there, despite no models earlier than the Evo 7 ever reaching US shores. Not only did the rally success and amazing performance help this reputation, it was also furthered by the car constantly featuring in popular culture. References to the Evos occur in the Fast and Furious series of films, many rallying and racing video games (such as Colin McRae Rally & Gran Tourismo), with the TME having a particularly good reputation amongst young enthusiasts. As we have noted with every famous cult car, the association with performance and desirability will only help the Evo 6.5 TME become a classic in future. It is certainly not a car that the world will easily forget.

Again, production numbers play a huge role in the value of classic vehicles, and the Lancer Evo 6.5 TME represents a good choice in the Evo line-up in this respect. Unlike the WRX, the Lancer Evo base model itself is a very rare car, with less than 10,000 produced worldwide of the Evo 6 and 6.5. This makes the standard Lancer Evo 6 in itself rarer than a standard WRX (noting, however, that the standard WRX was not a homologation car like the Evo unless it was in STI form). But, if you are talking about the Tommi Makinen Edition Evo, there were only 2,500 produced, making a rare car even rarer in its special edition form. Only 250 were officially imported to the UK, and 100 to Australia, with the rest sold domestically in the Japanese Market. Thankfully, aftermarket importers have ensured the supply of these cars from Japan has continued in greater numbers to all markets. However, the overall low numbers make this particular edition a very rare piece. These low numbers, along with the fact that this is a special edition more closely linked to the successful rally car than any other Evo before it, make it particularly desirable, and is yet another factor which should guarantee that the car maintains its desirability. Of course, that the car came in limited edition is a substantial factor for why this car deserves to be on the podium.

The Rallying Lancers throughout the 1990s are what made the Evo nameplate so recognisable today, and the Evo 6.5 encapsulates the very best of the entire Evo series over their motorsport dominance period. It may have been circumstantial, but in the world of late 1990s rallying, the Evo really did have the last laugh over the WRX and so many other competitors in Group A form. It was the last of the real Group A rally cars, and therefore the last car with true rallying links. In our opinion, this makes it the ultimate Japanese rally car to have. The only thing getting in the Evo’s way is the formidable R32 GTR, which we cover next in our final article of this series.

At this end of the article series, we are looking at cars with some very serious motorsport heritage, and a huge cult following. The WRX and Evo have their own place in history, and their own respective good and bad points. In our assessment, however, the Evo has come out on top by the slightest of margins, noting that a lot of this has to do with the overall rarity of the Evo 6 in general, and indeed what the Tommi Makinen Edition car represents. If you’re looking at buying one, of course, Evo 5 and standard 6 cars do come at a cheaper rate for a similar package. However, we encourage you to focus on the TME limited edition as outlined in this article. We believe this model will always command more attention from enthusiasts, and will have the greatest chance at becoming a future classic. Prices of the TME have been relatively stable between 2013 – 2015, however, we have seen a few start to creep under the $20,000 AUD mark, and as more cars do so, there may be good opportunities to jump in on a bargain. Our only advice, which we suggest with every car, is to make sure you are buying the genuine original item with matching / correct numbers, and to make sure you keep it that way. Avoid major modifications, and of course, look after the original paint. It is the original well maintained cars that will demand the most in the long term. I hope you have enjoyed this article, and found it informative. Classic Register has a Vehicle ID page for the Lancer Evolution 6.5 TME - click here to view it. To see our other articles on our top ten classics, click here, or select the news menu at the top of the page. Please also like our page on Facebook - button at the top of this page!

Great article!. The Tommi Makinen is certainly a classic, and already a icon of Motorsport. Very few cars offer the type of insane performance for such little money. I was lucky enough to drive one of these rare machines and was blown away by how capable it was. It's safe to say that motoring has gone backward in terms of fun once you have sampled a machine so well honed like the Makinen. All of the controls are so well weighted with so much feedback. I would never ever tire of driving a turbo changed rally weapon like this on a daily basis given half the chance.