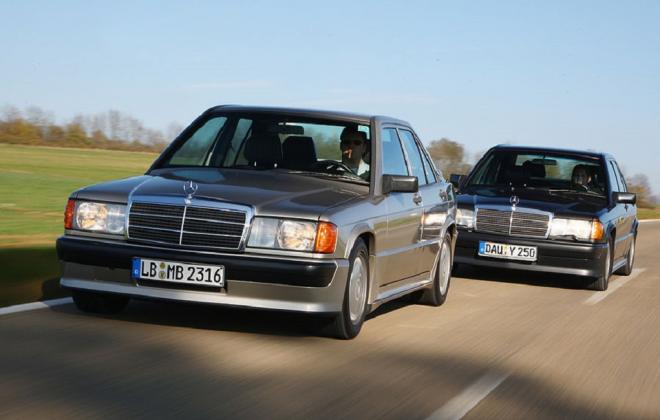 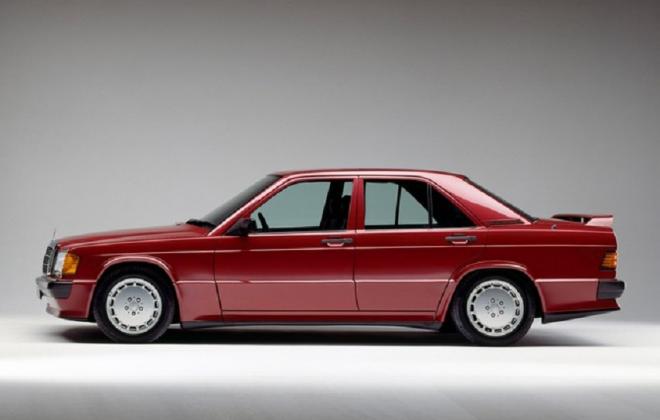 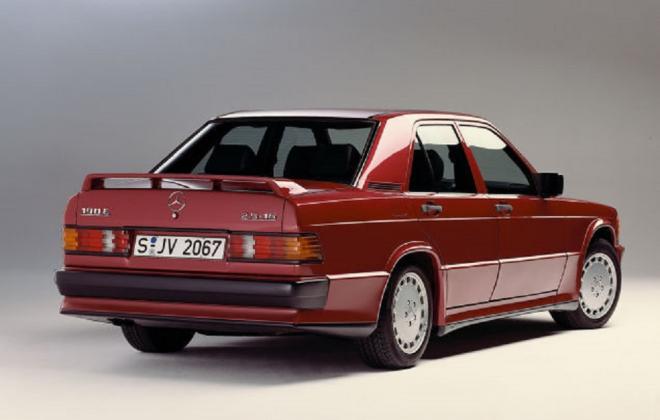 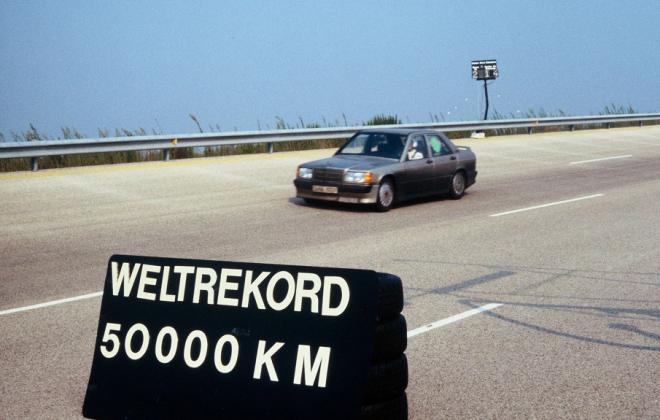 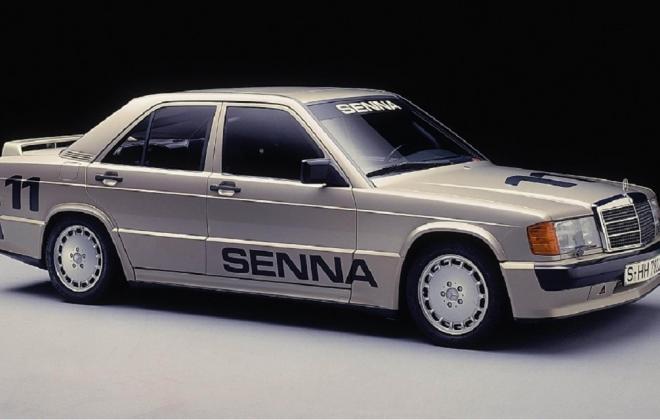 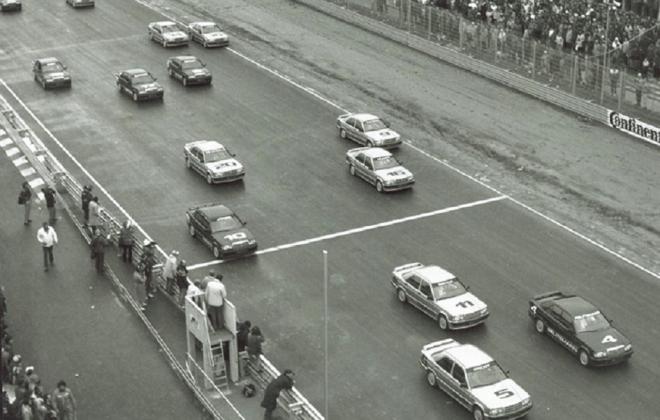 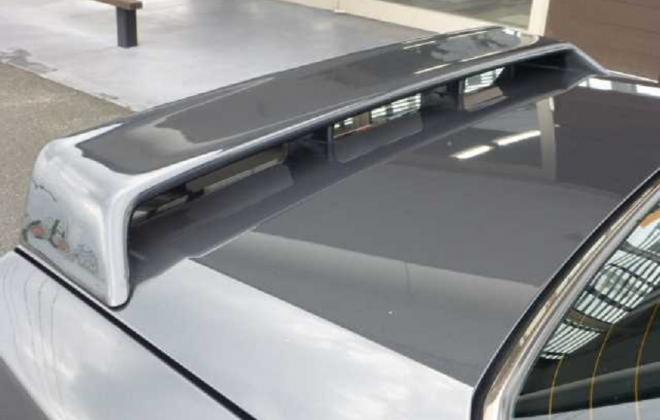 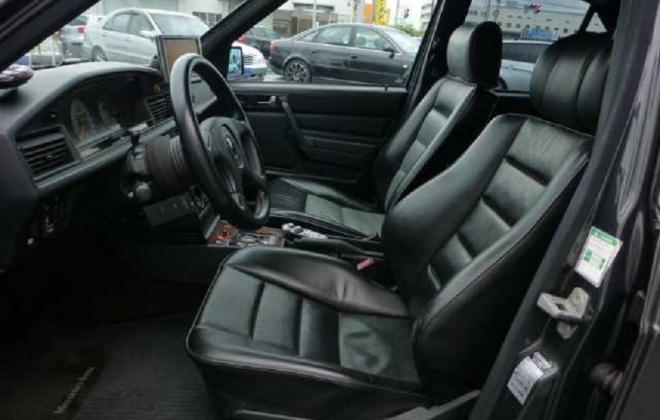 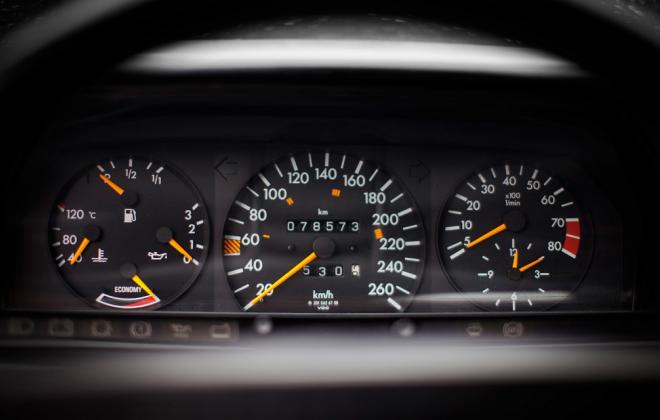 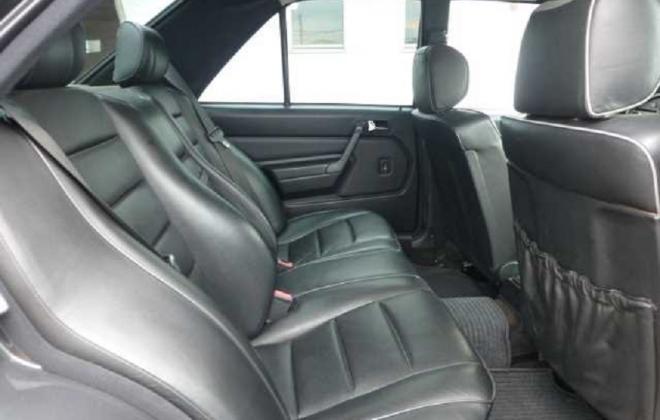 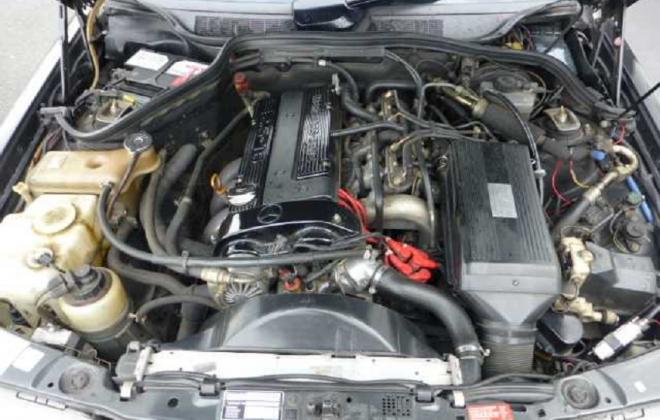 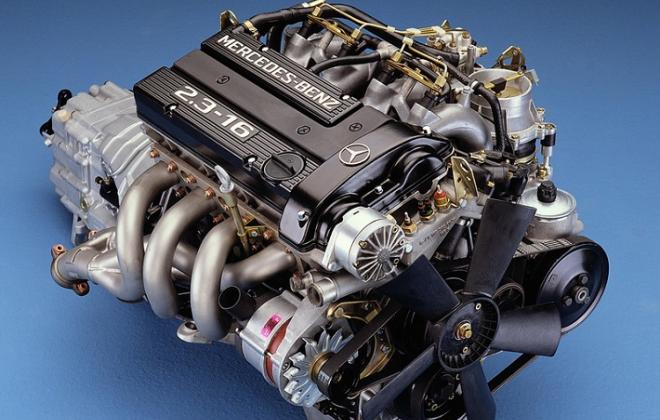 Moving on from our last article, number 8 on the top 10 list of affordable future classic cars is another Mercedes Benz, the W201 190E. We look at this car specifically in the Cosworth form of the 2.3-16v and 2.5-16v, which represent around 1.4% of all 190E cars produced. These are not to be confused with the much more desirable and expensive Evolution models, which are beyond the scope of an ‘affordable’ classic, and therefore not considered in this article.

Released in 1981, the standard 190E was Mercedes Benz’s first modern compact car, and formed the underpinning of the 2.3 and 2.5-16v cars. The 2.3-16v was released in 1983, and was originally designed for the world rally championship. When firms such as Audi introduced far more competitive 4WD rally cars, Mercedes decided to continue with the 190E project, but wisely choosing to homologate the car in the DTM series instead (the German touring car series). It was the introduction of the 190E that led to BMW making the E30 M-series as a direct competitor, and not the other way around.

In 1988, the 2.3-16v was replaced by the 2.5-16v car, in line with competition, and the DTM series homologation regulations. What we like about the 190E Cosworth cars, along with other Group A type cars, is that in order to race, you need to produce and sell a de-tuned street version of the race car. This means that the person who buys one gets a product that is as close as possible to the car that races on the track, and therefore embodies the vehicles motorsport success. This is an important element in the making of a collectable car. Compare that to today’s V8 Supercars, or Nascar vehicles, where the cars on the track bear little or no resemblance to the models on showroom floors, other than perhaps a few body panels.

Like so many other Mercedes Benz cars of the 80s, the 190E represents significant value, particularly when considering the significance of the cars achievements, and the fact that its competitors (such as the BMW E30 M and Ford’s Sierra Cosworth) have skyrocketed in value over the past couple of decades. Given that these cars are rare and meet many other criteria for a classic car, the 190E Cosworth was an easy choice as an inclusion in the top 10 affordable future classic car list.

The 190E 2.3-16v and 2.5-16v Cosworth cars make it into our top 10 list for a large number of reasons. Like most Mercedes Benz cars of the era, the build quality was unrivalled, as was the overall engineering of the car for that time. Further, the performance of the car was very impressive from its Cosworth developed engine, and as a result, success on the racetrack followed. This mix of quality, engineering advancements and motorsport success create an ideal basis on which a classic is made. Each of these elements are outlined below:

As was noted with the 560SEC in our last article, Mercedes’ attention to detail during the 1980s was second to none. The 190E was no exception, with some 600,000,000 Euro’s being invested in its development, which in the 1980s was a staggering figure. This development budget was often 5 to 10 times the size of competitor budgets, and the quality and safety advantage Mercedes held was obvious. Every aspect of the car was tested over and again, in order to produce the best possible design and reliability outcome. The fact that so many 190 E cars are on the road today is proof of the engineering standard applied. Like the 560SEC, this is not the main reason why the cars are collectible, but certainly provides an element of desirability when combined with a rare series of the car such as the 2.3 and 2.5 Cosworth models.

The standard of engineering applied to the 190E’s build quality was also applied to its engine. This time, the design would be outsourced to the reputable race engine builders, Cosworth Engineering. The 2.3-16v and 2.5-16v cars had very impressive performance figures for their time, and prove competent performers even when compared with today’s compact sports cars. The power statistics are outlined below, and such figures provide another element of desirability from an enthusiasts perspective.

In addition to the cars impressive engine performance, the 190E debut a new multi-link suspension system, more advanced than ever seen on production vehicles in the past and adding to the 190E's performance capabilities. The 16 valve cars also received stiffer racing suspension, with a hydraulic self-levelling feature, helping to maintain a handling advantage above its competitors.

The 190E Cosworth’s most significant racing achievements include performances in the DTM series, the European Touring Car Championship (ETCC), and the endurance records set upon the cars launch in Italy during 1983.

It was clear that the 190E Cosworth was going to be a very competitive sports car from its initial launch. Prior to the cars' introduction in 1983, three 190E 2.3-16 valve cars, prepared by Mercedes Benz (only slightly altered from their original form) recorded a combined average speed of 247.94 km/h (154.06mph) over an endurance test of 50,000km. 12 new endurance records were established during this event, demonstrating both the quality and capabilities of the cars design and engineering. Further contributing to this sporting image was the support race for the inauguration of the new Nuremburgring in 1984. Mercedes provided a field of identical 2.3-16v cars, all to be driven by Formula 1 pilots. This support race was won by Ayrton Senna, who was at the time unknown. The event gave a significant boost to the image of the 190E Cosworth as a real drivers’ car, and further boosted a reputation that was already well established with the abovementioned endurance records. This reputation still survives amongst enthusiasts today, and is a substantial piece of the cars history which will contribute to its future value gains.

The German touring car series (DTM) was also an important element in the 190E’s history. During the DTM series, the Cosworth model achieved many race wins, as well as taking the championship in 1992 from a highly competitive field. The Mercedes 2.3 was particularly competitive when first launched in the series during 1985, and in its first year of competition, came second in the championship without even having a factory backed team. If Mercedes had established a factory team earlier, perhaps the cars success could have rivalled that of the BMW M3, but the success it did achieve for many years without factory backing is significant.

In addition to the DTM series, the 190E was also raced in the European Touring Car Championship (among others with private teams). The 190E had a number of class wins, and were able to be inside the top 10 several times in what was a very competitive series, without having a factory team. Although the cars' performance in the ETCC is not as outstanding as in the DTM series, the 190E is certainly a recognisable sports car across the European continent as a result of its participation and relative success in this series, and in motorsport generally.

Overall, the 190E Cosworth cars have a very impressive motorsport history, particularly considering they spent a large part of their racing era without official factory backing. Such success, is a very influential factor in determining the desirability of a car in future. In this case, we think that the 190E is well secured as a future collectable.

The achievements of the 190E are clouded by a few issues which leave the car in the latter half of our top 10 list.

Firstly, and perhaps most significantly, the 190E has been overlooked by enthusiasts, as it has constantly lived in the shadow of the BMW E30 M. Although arguably the Mercedes was a car of better overall quality, BMW managed to pull off a better performing sports car, both on the race track and in Group A road form. No doubt this was assisted by the BMW’s lighter weight coupe design, amongst other factors, but at the end of the day the BMW is seen by enthusiasts as a more desirable sports car, and the Mercedes retains a somewhat 'second choice' status. Many people don’t know about the racing success of the Mercedes in the DTM and ETCC series. All people tend to remember is that the BMW E30 M was the car to beat. This has held the Mercedes back for some time, as most flocked to BMW.

Styling is another area that some argue lets the Mercedes down, although, this is a very subjective argument. At the time, the 190E’s styling was very modern and advanced, but by today’s standards, appears a bit too bland and conservative. The conservative styling potentially brings the car backwards a bit in terms of desirability, but is an element that is consistent accross most cars designed in the 1980's, unless you are talking about high end coupes or supercars. The 190E was at the end of the day, a sedan designed for the real world, which happened to end up on the racetrack. The styling is probably a little too reflective of the first factor than some would like.

The production numbers of these cars also impact on our decision to put them in the latter half of the top 10. The combined total production numbers of both the 2.3-16v and 2.5-16v cars is around 25,000 units. This is not a huge number, but is larger than many others in our top 10 list. Although this is good news for spare parts and vehicle availability, it again puts downward pressure on prices, which could continue for some time until market awareness picks up. We don’t see production numbers alone as a major issue however, as many other cars with much higher production numbers demand very high prices, but it is one factor to keep in mind, particularly for the 2.3-16v cars, which were produced in much larger numbers than the 2.5-16v.

The 190E achieved many things that so many current classic cars would only dream of. The engineering and racing pedigree of these cars, like others in our top 10, make it a very deserving candidate, and its availability at low prices today cannot be ignored for much longer.

The cars achievements on the racetrack and road have made it a very well respected car, and it is widely expected to increase in value over the coming years. In terms of a best pick, the 2.5-16v cars are the way to go. More power, more refined, and far lower production numbers than the original 2.3-16. There were approximately 5,750 2.5-16v cars produced, vs 19,500 of the 2.3-16v cars.

I hope this article has been of interest to you, and I encourage you to have a look at our original top 10 list article, or our other articles on individual vehicles in our top 10 list. The next article to be released is on our number seven car, the Mazda RX7. Keep an eye on our other information on the website, including upcoming articles and features by liking our Facebook page. To view our Facebook page, click here.