The car was driven regularly and over 130,000 miles were put on the car. However, the car was always kept clean and in good running order throughout all those years.

Roughly 20 years ago, as a present to his father in law, the current owners (his daughter and son in law) had the car restored. It was more of a sympathetic restoration, with the engine being pulled and rebuilt, the interior reupholstered, the body having some metal work done and repainted and a new top installed.

The car continued to be enjoyed until a few years ago when life etc. kept it from being taken out all that often. She has been garage kept her entire life, the last few years more so than the family would like and now with a move out of state, it was decided to send her off to a new home where she'll be cherished as much as she has been the last 60 years.

The 61 Starfire convertible was sort of a test model for Oldsmobile as they only produced about 7800 of these cars. The 62 and later years seeing much higher production.

With only a couple thousand miles being put on the car since her restoration 20+ years ago, she still looks awesome. The paint is in great shape and has only a couple of small chips along the hood line, although, being white, there is some staining noted near the bumpers and inside the door jambs. There was some body work done along the rockers. The bumpers were re-chromed and some other bits freshened up as well, some chrome bits show a little of their age and the boot trim was repaired in one place and upon close inspection can be seen. The heater fan is a little temperamental, one headlight is out and the horn tries to work, but can only manage a groan... very probably a ground connection.

The interior was left as original as possible with the dash, door cards and steering still wearing their original paint, leather and chrome. The seats were reupholstered in their original Metallic Red leather and new carpets installed with the Starfire special floor mats.

She starts right up with one tap of the accelerator and smooths to a low, rumbling idle through a new dual exhaust with a crossover pipe. The 425 lb ft are moved to the ground via the stock (refurbished) "slim jim" 4 speed automatic and easily move this car, as heard in the driving video, it'll break the tires loose pretty easily, despite her size.

She is a big car and with the 60's era power steering, it's more like piloting a boat than driving a more modern car, but that is part of the charm of any older vehicle, the driving experience that is NOT like driving a modern car and why we love the classics so much. She does need a little mentioned tweaking/tuning that the owner is working to have done before she's sold.

Overall, she is in very good condition and could easily take a trophy at most local shows. She turns heads where ever she goes with the 60's era jet fighter styling in full swing with the upper and lower wings, jet engine tail lights and fighter pilot dash.

Being a bit rare and knowing the sentiment of a one owner car, the asking price is $48,000. She will not disappoint.

Any questions, for many more photos and video, to schedule a time to see her in person or to simply make an offer, please don't hesitate to contact me.

Thank you for the interest. 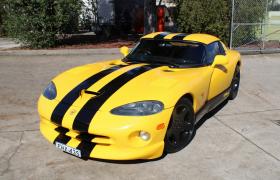 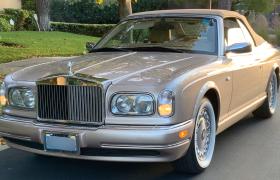 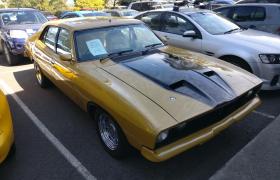