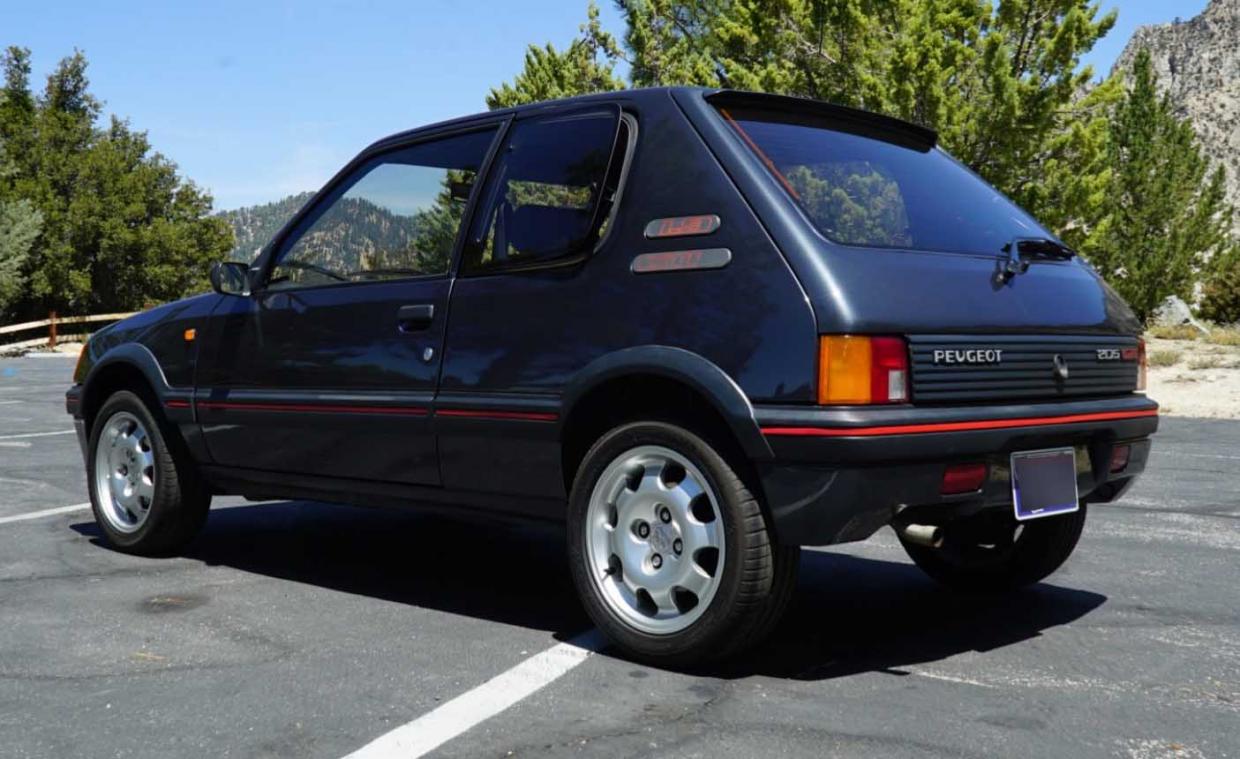 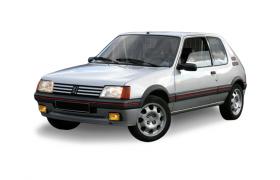 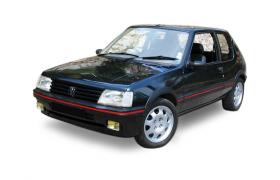 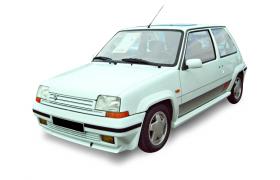 This guide has been written for the Phase 1.5 Peugeot 205 GTI (1.9l). The Phase 1.5 cars are the second of 3 distinct phases of the 1.9l GTI produced between 1986 and 1994. Like the Golf GTI, Renault 5 GT Turbo and several other competitors, the Peugeot 205 obtained cult status during the 80s and 90s and now has a strong following as a classic hot hatch.

This guide provides a detailed overview of the features unique to the Phase 1.5 cars, allowing a prospective purchaser to assess the originality of a vehicle. We note that the Phase 1.5 cars broadly fall into 2 distinct groups: (1) Main European market vehicles, and; (2) those exported to countries with high emission regulations including Australia, Japan, Sweden and Switzerland. This guide covers both groups, and for the purpose of simplicity refers to these two groups as "main European market cars" and "export market cars" respectively.

This figure relates to GTI production between 1984 and 1994, and includes 1.6l cars. Two Phase 1.5 special edition models (painted Sorrento Green and Miami Blue) were produced in a limited run of 150 units each (in 1.9l form). 150 units in each colour were also produced in 1.6l form.

Phase 1.5 production is believed to have commenced in November 1987, reflecting the earliest vehicles sighted during our research. This is would be consistent with the Phase 1.5 being launched in the UK in January 1988. Phase 1.5 production ended in July 1990, after which the Phase 2 was introduced.2 Other than the vehicles sighted, no official factory data has been relied on to draw this conclusion.

Please note, this guide has been written based on a variety of books, online sources and enthusiast input. You should not rely on this guide to make any purchasing decision and we make no representation that all information is accurate. You should always seek independent professional advice when looking to purchase a unique car. If you have additional information, photographs or corrections you believe could improve this guide, please contact us so we can improve the guide for everyone's benefit.

The following table provides the original paint colours available on the Phase 1.5 GTI:9

Note: Colours other than red or white were extra cost colours in most markets, explaining the disproportionate number of cars produced in Cherry Red and Alpine White.8

The colour code for the 205 GTI is located on top of the front bonnet slam panel / cross-member above the left side headlight. The code was painted on cars in the factory using a stencil. See images for a better description of the location and typeface. This may have been lost due to new paint / restoration work, however, we have been advised that these codes were not necessarily painted onto every car, so in some cases may be absent.

The VIN is made up of 3 sections:

Note – model years (apart from AM88) started on 1 July of the previous year. The above information contained in the tables has been confirmed by our contact at 205gti.info.

The chassis number should be present in two locations:

1. Embossed on the vehicle’s data plate (Riveted to the body, under the hood, you will see the plate just behind the right hand side suspension strut, mounted on the flat area between the suspension strut and firewall).

2. Stamped into the body of the car (On the flat edge of the firewall / bulkhead, directly above the chassis plate, you will find the chassis number stamped into the scuttle panel, which should match the number provided on the data plate).

Examples of the chassis plate and body stamping are given in the images, including a close up example of the typeface used for the VIN stamping on the body. For further details of the 205 VIN including other non GTI models, see 205gti.info.

The Phase 1.5 GTI 1.9l cars came with either the XU9JA, XU9JAZ or XU9J1/Z engine depending on the vehicles market or options selected.10 These engines had two tags riveted to the engine block (at the timing belt end), close to where the alternator mounts. The two tags contain relevant numbers to determine the specification of your engine.

Tag 2 provides the engine prefix applicable to the engine type code, and the unique engine number. Please note, we have confirmed that "1CW" refers to the 1.9l engine, however, we are still researching the meaning of the two characters that follow "1CW". There appear to be numerous codes applicable to each engine type (as outlined below), and it may be the case that these codes represent the date on which the engines were completed, or some other similar data. Please contact us if you have any information in this respect.

Tag 2: 1CW, followed by one of the following codes: 3M, 2E, 3N, 6P or 6U stamped into the tag, followed by a 7-digit unique engine number for that block stamped below.

Tag 2: 1CW, followed by one of the following codes: 75, 46, 24 or 3H (Sweden) stamped into the tag, followed by a 7-digit unique engine number for that block stamped below.

Note, we have not as yet confirmed the specific engine details for vehicles from Switzerland, so cannot confirm with any certainty whether they comply with the same engine numbering as applied to export market cars such as those in Australia. We note that data from a contact confirmed Swedish and Japanese cars are believed to have been fitted with both the DFZ and the DKZ engines. An engine change in those markets may have occurred for the 1990 model year during the changeover to the BE3 gearbox. Any information and evidence is appreciated to improve the accuracy of this section, so please don't hesitate to get in touch if you have relevant data.

Two gearbox specifications were available on these vehicles depending on the vehicle's build date. The Phase 1.5 GTI was fitted with the BE1 transmission up to July 1989. From July 1989 onward, the BE3 transmission was fitted.

The code (BE1 or BE3) was cast into the gearbox housing, per the examples in the images. The BE1 transmission had the reverse gear at the top left position (next to 1st), whilst the BE3 transmission had reverse in the bottom right position - below 5th).

In addition to the casting mark identifying the transmission type, a separate gearbox number was also applied, stamped into the gearbox casing. This number defines the specific gearbox specification and ratios.15

BE3 / 5T gearbox (July 1989 onward): Gearboxes sighted to date have had a gearbox prefix of 2CJ22,16 however, there are potentially other codes applicable. Please contact us if you have further information. (Final drive ratio TBC).

There were several mechanical differences between the main European market cars, and certain export market vehicles. The mechanical specifications of each group have been outlined under each heading below. If any readers are aware of additional differences or general information that can be added in this section, please contact us.

Hi,
I don't think the fabric inserts of the seats shown are Monaco tweed. They look more like Quartet to me. Monaco is a grey tweed with red stripes.

Thanks very much fror pointing that out. We are soon to do a full review of this guide and will update as soon as possible. Your comment is much appreciated!